I played about 30 hours worth of Marvel's Avengers and I got to say I am having a blast. Combat is fun and challenging, it's not a simple button masher, and the campaign storyline has gotten more than one chuckle out of me. Some characters are a blast to use, Thor and Iron Man are favorites, while the Hulk feels like he was nerfed pre-release. Perhaps as I play more and unlock new skills my opinions on the characters will change but for now I am a bit disappointed in how my favorite Avenger, the Hulk, handles. 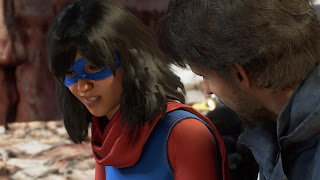 As a huge Marvel fan, there is a lot here to love but there is also a lot here to wonder about. The existence of characters, heroes and villains, outside of the main cast is a huge question that is never answered. In fact, the supporting cast of everyone outside of Kamala Khan seem to be MIA. I know more heroes and villains will be added to the game but that does nothing to correct the issue that no one is mentioned to be active during the campaign except a select few individuals. This is excusable in the MCU because the rights to characters are held by several companies but in a video game like this you shouldn't have to wonder if Dr. Strange, the Fantastic Four, and Namor exist in this world. The villains have it even worse as their is no mention of any villains outside the 4 featured in the game. Don't even get me started on the fact that comic books from the real world exist in the game's universe. 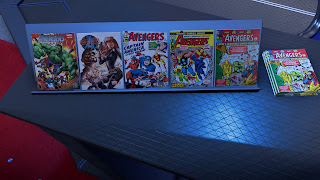 The single player modes of Marvel's Avengers are fantastic but the multiplayer is where the game shines. When you can get it to work. As of writing this getting the matchmaking to function is hit or miss, with a heavy bias toward miss. When you do get a multiplayer game going there is still the chance you get matched up with people who may not be good or stay the whole game. Hopefully this gets sorted out soon. 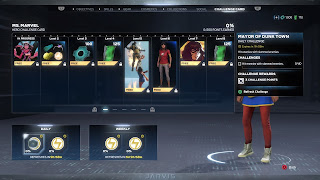 Many people have reported glitches and other issues with the game but I have only suffered 2 myself. One was a visual glitch after using one of the Hulk's Heroic moves which caused the screen to bug out. The other glitch was having unlocked costumes disappear after using the preview function. Square Enix has already fixed the costume glitch and I haven't gotten another visual glitch since the one I mentioned. As of right now I wouldn't recommend the game, due to several things I will detail in my full review, but that could change after I play the game some more and get a more complete experience