Giraffe and Annika for the Nintendo Switch review

Posted by TonyTGD on August 21, 2020
Editor's Note: The Geek Getaway received a Nintendo Switch review code from NIS America. Also note, this review was written by Kenny G, not that one, from the YouTube channel Dorkalicious 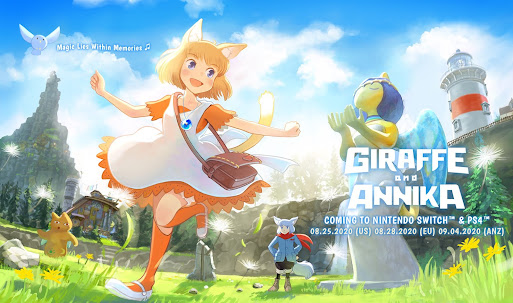 Giraffe and Annika releases on the Nintendo Switch and PS4 August 25th, 2020 for $29.99 USD. The game was developed by atelier mimina and published by NIS America and PLAYISM. The game is already available on PC via Steam $19.99.
Giraffe and Annika is an action / adventure game about a young girl who finds herself on the mysterious “Spica” island, with no memories of how she arrived; yet mysteriously, everyone seems to know who she is. Over the course of this 5 - 6 hour game you will learn the story of Annika, why she is there, and how all the character’s stories intertwine with one another. 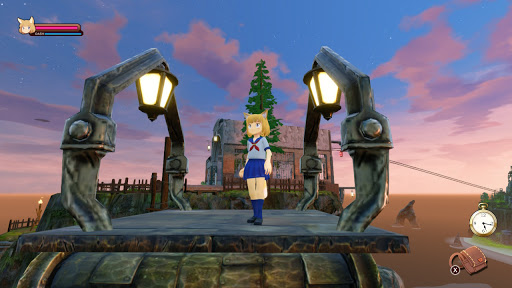 I should state right from the beginning that I went into this game 100% blind; I didn't watch any trailers or videos of the PC release (which was earlier this year), and therefore I wasn’t exactly sure what to expect. After booting up the game, I was greeted with a beautiful set of illustrated images, giving you the basic plot of Annika awaking on Spica island. From there, you are immediately dropped into the game’s world.
As Annika, I was roaming around this small hub area of the game, with no clear instructions on what exactly I should be doing. I ended up jumping off cliffs and getting lost in the local river multiple times before I was able to figure out what you needed to do (i.e., enter her friend’s house). From there, the game really picks up when you meet your partner throughout this adventure, Giraffe. Giraffe is a young, blue haired man who starts a series of events that will lead you on your quest to discover the mystery of Spica Island, and why you are here. 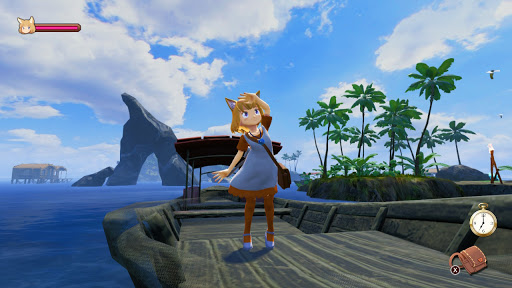 The gameplay is a mix of genres, being one part action / adventure, and one part rhythm game. The action / adventure portion plays out similar to the classic “Legend of the Zelda” games, but without the weapons. In fact, there is no combat whatsoever. While there are enemies and quests, Annika herself wields no weapons; instead, she must rely only on abilities a child her age would have (such as running, jumping, swimming and puzzle solving) to get past obstacles and foes.
The story of the game progresses by entering dungeons (much like classic Zelda games), navigating your way through the dungeons, and finding items and trophies (in the form of cat pictures). It eventually culminates in reaching a dungeon boss. When I was dropped into my first boss “fight”, it was suddenly a rhythm game where I had to deflect enemy attacks by matching their rhythm, I was...very confused. I failed a few times, but once I got the hang of how the rhythm game controlled, I really started to have a blast with the game. The music of the boss battles perfectly lines up with your actions, and before you know it, you are having so much fun in the boss battles you will be looking forward to the next one. 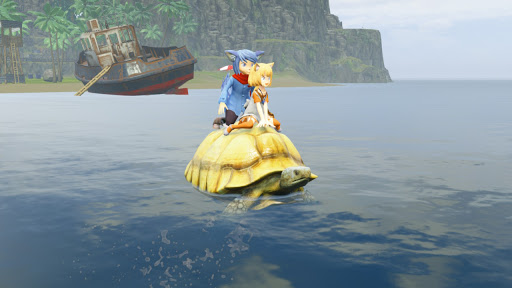 After clearing each dungeon, you are provided with a little glimpse into Annika’s memories to spur you forward to seek out the next dungeon. Between dungeons, you also take part in several side quests. None of them ever repeat, making them all feel unique (even if you’ve done similar quests in other games such as photography challenges, fetch quests and message delivery). Each dungeon’s additional features are introduced, such as new enemy types and set pieces for you to have fun with. For example, the fire dungeon features a mine cart turret section, where you need to clear the path of boulders while your mine cart speeds along its track. Contrast that with the water dungeon, where there are many small islands you can reach by jumping between boats (or by swimming). In the wind dungeon (which is probably the hardest stage) the wind pushes around while you’re trying to navigate the tight walkways. Each of these areas feature beautiful music that you won’t mind hearing over and over again.
The game is somewhat free-roaming, with multiple paths to cross the island. However, you are never allowed to go too far out of where you are supposed to be, as the dungeons are all to be completed in a linear order. 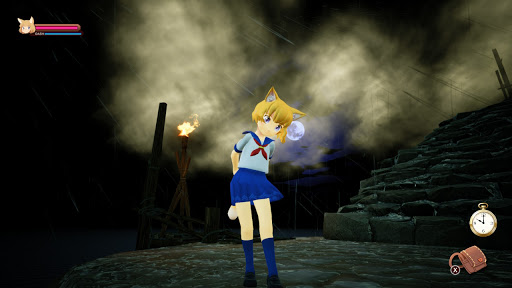 The story is very lovely and delivered in short story sequences that never overstay their welcome. That said, by the first hour in, I was able to pretty much guess the entire plot. Even so, (I won't lie), when the credits rolled, it made me feel something and weep a tear, even though I predicted what was going to happen. To me, this is the mark of a good story; not how much a game goes on and on and on, but how the story makes you FEEL.
The game’s graphics and aesthetics really grow on you during the course of the game. At first, I wasn't sure how I felt about them; but soon after, everything felt very cohesive and lovely to look at. The entire game has this sort of whimsical cartoony feel to it. Certainly the graphics are not as polished as graphics from “Zelda: Breath of the Wild” or any other top tier titles out there, but they still felt all connected and nothing feels out of place. 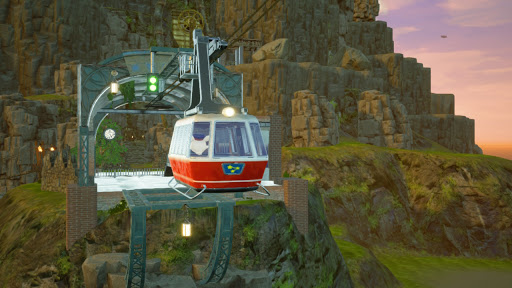 Regarding the game’s performance on the Nintendo switch, I only encountered very minor issues, such as not being able to surface through the water when swimming in certain spots, and noticing frame drops as I ran past a group of enemies (while they were all shooting at me simultaneously). I played the game both docked and undocked, and it is safe to say you won't be having much performance issues on the switch.
As for any negative feedback on the game, not much stands out to me. However, the final two dungeons are tightly linked together in a cohesive narrative, and when you complete one you'll no doubt want to immediately head to the next. If you haven’t been collecting the game’s “treasure” along the way (in the form of cat photos), you will be required to scavenge the land to collect enough before entering the final dungeon. 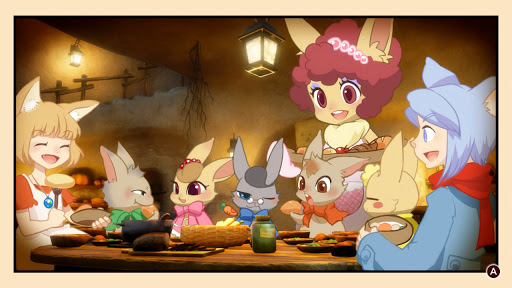 Final Verdict: Recommended
The game had a bit of a slow start; but not long after, you’ll be having so much fun with this wholesome game, that you won't be missing your Master Sword all that much. The game is pretty cheap too, so it won't put a dent in your wallet.