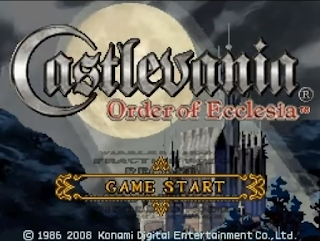 Castlevania: Order of Ecclesia is a 2D Metroidvania title developed by Konami. Released in 2008, for the Nintendo DS, this title would conclude the Castlevania trilogy on the DS. This was also producer Koji Igarashi's last mainline title in the series before the multiplayer spin-off, 2010's Castlevania: Harmony of Despair. Keep in mind you will find spoilers ahead.

Order of Ecclesia takes place in the early 1800s. Set years after Alucard defeated his father, Dracula, in Castlevania: Symphony of the Night, the world existed with neither Dracula or the fabled Belmont clan. Without the Vampire Hunters to fight the night creatures, humans developed their own resistance against the creatures of the night. In doing so, Ecclesia was born.

Ecclesia is an organization dedicated to hunting beasts developed from weaponizing Glyph magic. This story told of Shanoa, a young woman who lost her memory after an experiment gone wrong. Bearing the Glyphs' power, her mentor, Barlowe, orders her to track down another member of Ecclesia, Albus, who stole the glyphs for himself. The twists and turns through the plot revealed Ecclesia's true plans and culminated into an epic battle with Dracula himself. 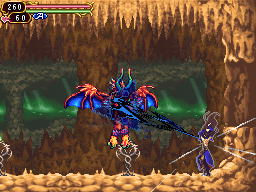 What makes Order of Ecclesia special?
Order of Ecclesia was developer Koji Igarashi (IGA's) last Metroidvania title in the Castlevania series. Following Symphony of the Night, the Game Boy Advance trilogy, and the DS games that preceded it, Order of Ecclesia drew from multiple elements used past games. However, it was set with a more linear level structure.

Similar to Portrait of Ruin, levels were divided into worlds. Using the world map to navigate, you would enter different areas, clear the boss, find a new glyph power up, and explore the next stage with your newfound power. Unlike past titles, you did not enter Dracula's Castle until near the end of the game. This section was divided up into several interconnected levels akin to a standard Metroidvania, but with more compact levels.

Order of Ecclesia uses the Glyph system. Absorbing powerups from slain monsters, you would use them as weapons, magic spells, and even summons. What made Glyphs special was that you could combine them for a deadly attack, such as dual-swords.

You customized your Glyph setup with a weapon or magic of your choosing, placing them in both hands. These created vastly different combinations, such as imbuing your weapon Glyph with an elemental instead of a physical. You used these to find weaknesses to take down enemies. 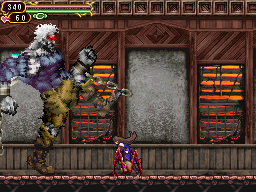 Boss Fights
Order of Ecclesia featured noteworthy boss fights. Among them included Brachyura, a crab that chased you up an elevator. Reaching the top of the elevator, Shanoa would activate the switch, and utter, "go to hell," before dropping it on the creature, ending its life in a gruesome and bloody death before being smashed to pieces.

Other noteworthy bosses included Blackmore, a vampire who fights with his shadow. There was also Wallman, whom you could kill in under 10 seconds, making it even easier than the Mummy in Symphony of the Night. Finally, Eligor was a massive boss that could not fit the screen and was fought in several phases, similar to Menace in Castlevania: Dawn of Sorrow. All these before your epic fight against Death and eventually Dracula himself. 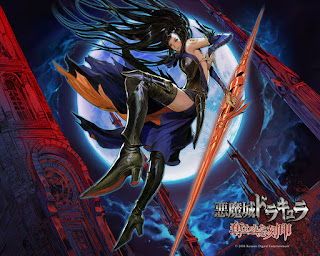 Artwork
Castlevania: Symphony of the Night, Harmony of Dissonance, and Aria of Sorrow were drawn by Ayami Kojima. However, Dawn of Sorrow and Portrait of Ruin took a turn to a more contemporary anime style. The character design in the portraits faced some backlash for not looking as dark as Kojima's gothic style artwork.

However, Order of Ecclesia featured a darker style a little more related to Kojima's dark style. The portraits were drawn by Masaki Hirooka. They embraced the gothic style known in Castlevania and meshed well with the storytelling. Hirooka would later go onto draw the character artwork for popular 3DS games, such as Kid Icarus: Uprising and Radiant Historia: Perfect Chronology. Of note, the main character, Shanoa, was modeled after IGA's wife.

If you're interested in what Soma, in Dawn of Sorrow, Jonathan, and Charlotte look like when drawn by Ayami Kojima, check them out here. 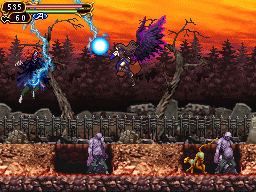 Music
Order of Ecclesia's music felt wonderfully captivating of the mood. The theme "Cantus Montetten" would play when Shanoa met up with Albus. While he seemed like the enemy, the music told a story that there was a bond, not a rivalry between the two.

One of my personal favorites, "Former Room 2," played when the truth was revealed. The plot twist was, admittedly, not surprising for myself, but might be one of the best betrayal themes you could ever ask for. The ensuing boss fight was not only one of my favorites, but I also enjoyed the "Lament to the Master" greatly. 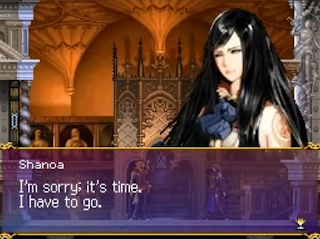 How does this relate to today?
Koji Igarashi departed from Konami in 2014. Prior to the departure, Konami attempted to reboot the Castlevania series with "Lords of Shadow," developed by Mercury Steam. This overhaul would completely restart Castlevania with a new storyline and a thematic more appealing to the western fantasy fan. Konami did not release a title in the series after the underwhelming Lords of Shadow 2. Meanwhile, Castlevania: Order of Ecclesia, much like the series' previous DS titles, never saw re-releases.

However, Koji Igarashi used Kickstarter to create a highly successful Metroidvania title, Bloodstained: Ritual of the Night. After several years of development, he released his brainchild in the form of Castlevania's spiritual successor. Featuring a female protagonist who could absorb magic shards, it featured many similar gameplay elements and aesthetics akin to his previous Castlevania titles. For those who'd wondered where Castlevania had gone after Order of Ecclesia, Bloodstained capitalized on it and returned the series to form. With the release of Bloodstained, the challenging, gothic, Metroidvania side-scroller would finally live once more.

*all images courtesy of Konami