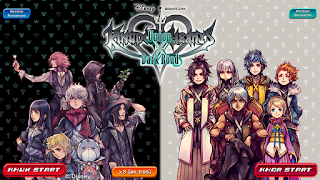 Kingdom Hearts Union is got a free update that explores the teenage adventures of Xehanort called Kingdom Hearts Dark Road. Joining Xehanort on his adventure is a young Master Eraqas and some newly introduced keyblade wielders. Gameplay will be easy pick up and play card based action that is optimized for touch screen controls. 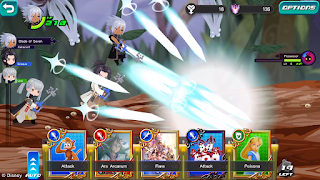 Darius Cozmic Revelation
Coming in the fourth quarter of 2020, Darius Cozmic Revelation is a compelation of two 3D games in the Darius series, G-DARIUS HD, and DARIUSBURST AC EX+. Both games in the collection will feature updated features to accommodate newcomers and veterans alike. The collection will be available on PS4 and Switch with distribution in Europe and North America handled by ININ Games and Strictly Limited Games.


Bubble Bobble 4 Friends: The Baron is Back!
This is an updated version of the Switch game Bubble Bobble 4 Friends, with 100 new levels and a return of fan favorite villain Baron Von Blubba. It will be available in November of 2020 and, just like Darius Cozmic Revelation, distribution in Europe and North America handled by ININ Games and Strictly Limited Games

Set in the world of Romancing SaGa 3, Romancing SaGa RE;Universe is a new mobile game for IOS and Android that launched on June 25th 2020. As this is a global launch, Square Enix is giving out a few rewards for players who sign up, details below the creator interview video via Square Enix.


Surpassing one million pre-registrations around the world, players who download the game can redeem a variety of exciting rewards to celebrate the game’s global launch, including:
Additionally, to celebrate the global launch, the official Romancing SaGa Re;univerSe Original Soundtrack will be available globally to stream via Spotify, Apple Music and Amazon Music from June 30.   Featuring over twenty original songs composed by SaGa series legend Kenji Ito, fans can enjoy a variety of music from past SaGa series titles rearranged for Romancing SaGa Re;univerSe.