Sony and Naughty Dog are hiding something about The Last of Us Part II: Embargo details under "legal agreement" 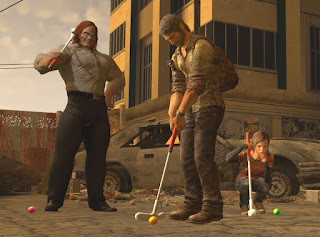 When the reviews started coming in for The Last of Us Part II people began to question them due some details regarding the review embargo for the game being revealed. This dust up prompted me to write an article on video game review embargoes that you can read here. Despite hearing a vague notion that the second half of the game was off limits for review purposes, we got no concrete details as to what the review embargo actually said. Well, it turns out there may be a very good reason for that, a legal reason.

After reaching out and getting stonewalled by several people, I was finally able to get a comment on the embargo details for TLOU2, unfortunately it wasn't what I expected. If you are unable to see the above pic, the reply I received was as follows "Hi, unfortunately embargo details are confidential and I had to legally abide by that rule." This is very odd as making the embargo details themselves confidential via a legally binding agreement is something I have never heard of in all my years writing about video games. Just for the record, it is normal to see "Don't mention X character" in an embargo agreement, with X character relegated to some vague wording that only someone who played the game would understand. For the embargo details to be under some kind of NDA means they were very specific and named characters by their in game name and/or literlly said "you can not mention XYZ" with XYZ being detailed plot developments and story progression.

If we didn't already have massive TLOU2 leaks these could seem reasonable to a certain degree, but as it stands it is pretty clear that Sony and Naughty Dog are hiding something and it isn't that the leaks were wrong. With everything that has been said about TLOU2 from Neil Druckman and the cast to the leaks to the way people were getting DMCA'ed for discussing TLOU2 leaks it seems pretty reasonable to assume this legal arrangement was more damage control by Sony and Naughty Dog.In my opinion, putting the embargo details under a NDA of sorts is just one more log on thr dumpster fire called TLOU2.