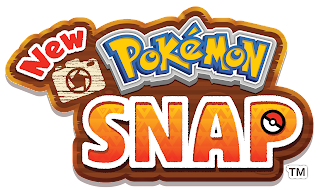 This past week, Nintendo hosted a Pokemon Presents event featuring a number of new titles and updates to current titles. Among the announcements included New Pokemon Snap. Functioning as a sequel to the 1999 N64 classic, New Pokemon Snap will allow players to travel to various locales in order to snap pictures of Pokemon!

Where does the appeal of Pokemon Snap come from?
Pokemon Snap allowed players to snap pictures of Pokemon in order to fulfill requests from Kanto's Professor Oak. The professor tasked you to explore various locales and take on the duty to capture Pokemon on film. Pokemon Snap's appeal largely came from the Pokemon's animations and interactions both with each other as well as the player. Your technique with the camera - zooming in, capturing poses, and taking clear shots - were all graded by the professor at the end of each mission.

Earning enough points allowed you to move onto the next locale. No two levels were the same, either. While some locales had the same Pokemon as others, such as Pikachu, they would be filmed under different circumstances.

Pokemon Snap did not come without its shortage of secrets, either. Odd circumstances, marked as "???" would appear on film either as a Pokemon, such as Haunter, or perhaps a constellation. Fulfilling enough of these requests unlocked new levels, challenges, and even a final stage where you could photograph the rarest Pokemon of them all - Mew.

What to expect from New Pokemon Snap?
What fans love about Pokemon Snap is its sheer level of interactivity. Throwing Pokemon Food or Pester Balls would allow a change in interaction. Playing on the Poke Flute even allowed them to dance. All those wonderful animations gave new ways to shoot Pokemon and impress the professor with your work.

In New Pokemon Snap, you'll explore far past the original 151 Pokemon. The 1999 title had not even introduced Gold and Silver's Johto region yet. Based on the trailer, we have already seen many new faces from all previous generations of Pokemon. Below is the official press release for New Pokemon Snap courtesy of Nintendo.

"New Pokémon Snap game for Nintendo Switch is based on its namesake, which was first released for the Nintendo 64 console in 1999. This completely new game will take Trainers on an adventure to unknown islands overflowing with natural sights such as jungles and beaches, where they can research various Pokémon in their natural habitats. They will take photos to make their very own in-game Pokémon Photodex, all while discovering new, never-before-seen Pokémon expressions and behaviors."

Details on the upcoming title are currently scant. However, we will keep you posted on updates regarding New Pokemon Snap. Be sure to check out the official New Pokemon Snap website. Finally, make sure you subscribe to our social media pages for more updates.