FromSoftware has become a household name in recent years, especially after their success with the Dark Souls franchise, Bloodborne, and Sekiro. However, many years ago, they were a fairly unknown company despite producing quality and challenging games. Today, we will be discussing some lesser-known FromSoftware games that will not prepare you to die several times or break your controller to pieces. 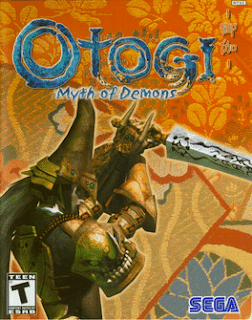 Otogi Series (Xbox)
The original Xbox was home for a cavalcade of different hack and slash games. Like Onimusha: Warlords, Ninja Gaiden: Black, Castlevania: Curse of Darkness just to name a few. However, similar to the PS2, Microsoft's console had a number of games from the genre which remain buried where the sun does not shine. Two of those games are Otogi: Myth of Demons and Otogi 2: Immortal Warriors.

The Otogi games are both hack and slash video games. The first game was released in 2003 while the sequel was published one year after the release of the first game. 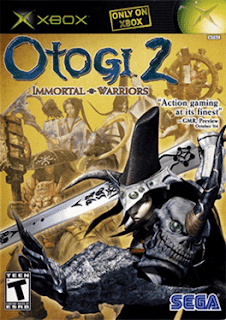 The story revolves around Raikoh Minamoto, a demonic warrior entrusted with the duty of crushing the devilish powers that caused havoc and destruction in the sacred capital of Japan. In the second game, Raikoh is summoned once again to continue where he left off. However, new allies would be on his side and unite together to thwart the darkness plans of consuming the world.

In terms of gameplay, Otogi is a hybrid of Dynasty Warriors and Ninja Gaiden. The game is fairly challenging, but not to the level of Dark Souls. Players can perform several combos either on the ground or in the air. In addition to this, Otogi includes destructible environments which reward its players. If you are a fan of hack and slash games, Otogi is something that will fascinate you from the get-go. 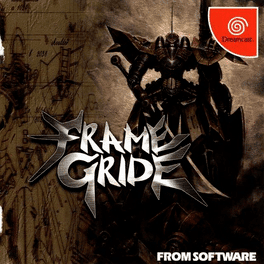 Frame Gride (Dreamcast)
Armored Core isn't the only mecha game developed by FromSoftware.In fact, they have already developed other similar titles such as Murakumo and Metal Wolf Chaos on the original Xbox, as well as, Another Century's Episode on the PlayStation 2. Yet, Frame Gride is barely mentioned. Maybe because it was never released outside of Japan? Fear not, because there's a fan English patch somewhere which can let you play this game from start to finish.

Frame Gride is a mecha fighting video game developed by FromSoftware and released back in 1999 on the Dreamcast.  Unlike the Dark Souls franchise, the game takes its time to teach the player the basic controls until he is comfortable with. From the onset, players are put through a series of questions that will determine which giant robot they will start with.

The main objective of this game is to battle a different set of giant robots. These robots are scattered in different locations on a map. After defeating these robots, players will be rewarded with a certain amount of crystals. This later can be used for upgrades or buying certain items. If you are looking for an enjoyable mecha fighting game, then this game is for you. 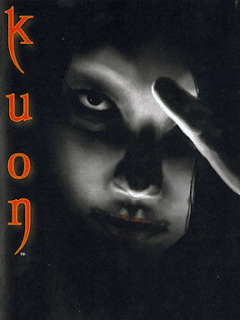 Kuon (PS2)
Kuon is one of those dreadful games that will leave players on their toes. Similar to Echo Night, a previous survival horror video game by FromSoftware, Kuon puts an emphasis on creating a captivating atmosphere that captures a terrifying feeling similar to the classical Silent Hill games. Released on the PS2 back in 2004, the plot is based on an ancient type of Japanese horror stories called Kaidan, and it is set in a mansion in Kyoto during the Heian period of Japan.

The game's story put you in the shoes of 3 different characters. Each character follows a particular chapter in the game. Those protagonists' objective is to explore the surroundings in order to discover the mystery behind a pair of strange twins. Eventually,  the characters will learn that they are the manifestation of two evil mulberry trees.

The game is similar to classic horror games, like Resident Evil, since it features tank controls. In addition, there are two types of attacks: physical and magical. Physical attacks are conducted with a different set of weapons such as a knife, a fan, or a spear. On the other hand, magical attacks are divided into two types, attack and summon. Players can use magical spells to perform fire or ice attacks. In addition to this, players can also summon creatures which can help them greatly. If you are looking for a creepy video game similar to classic horror games, Kuon is for you. 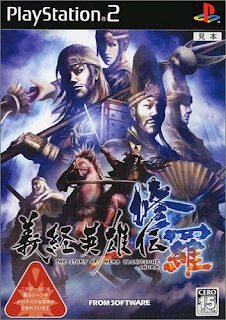 Yoshitsune Eiyūden Shura: The Story of Hero Yoshitsune Shura (PS2)
Only a small number of gamers have heard of this one. It's understandable since it was released exclusively in Japan. Yoshitsune Eiyūden is a hybrid of Dynasty Warriors with a touch of real-time strategy. This makes it a bit different than the aforementioned Koei titles.

Yoshitsune Eiyūden Shura: The Story of Hero Yoshitsune Shura is a hack and slash video game developed by FromSoftware and released back in 2005 on the PS2. The game's story is based on the legendary samurai, Minamoto no Yoshitsune. Fights during the game take place in real historical places.

The gameplay is a mixture of Dynasty Warriors series with real-time strategy. Players must guide their troops in battle safely while protecting them. Similar to Koei's titles, players can perform various combos which reward them with a special attack. If you enjoy Musou games or any of Koei's Warriors titles, this game is for you. Unfortunately, there's no English translation patch to date. 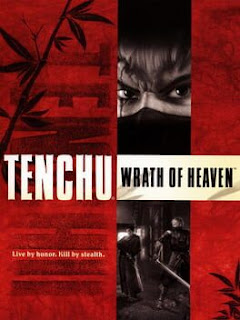 After Acquire lost the rights of Tenchu series to FromSoftware, the latter took the lead and published more Tenchu games. Despite not being developed by Acquire, the recent Tenchu series captured the essence of previous titles, except Tenchu: Wrath of Heaven and Fatal Shadows weren't entirely developed by FromSoftware.

Tenchu: Wrath of Heaven is a stealth ninja video game developed by Capcom subsidiary development studio K2 LLC and published by different publishers such as Activision and FromSoftware on the PS2 and Xbox back in 2003. A PSP version of the game called Tenchu 3 portable was developed singlehandedly by the aforementioned company back in 2009.

The story revolves around Rikimaru, a skilled ninja called upon by his master Lord Gohda to thwart Tenrai's wicked plans to conquer 16th century Japan. Rikimaru will have to assassinate an array of foes in order to achieve his objective. If you are looking for an enjoyable ninja experience where you murder hordes of enemies, Tenchu is your best choice.

*All images courtesy of FromSoftware