Crash Bandicoot 4: It's About Time announced for PS4 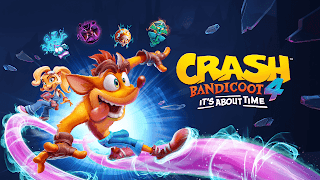 Sony recently unveiled their upcoming platformer headed to PS4 - Crash Bandicoot 4: It's About Time. This play on the subtitle indicates that this is the last numbered title in the series since the PS1 era, effectively retconning any of the series' titles released after Crash Bandicoot: Warped in 1998.

Crash Bandicoot 4 is a 3D platformer using mechanics originally from the PS1 Crash trilogy. Among these include smashing boxes for fruit and stages which use a "front-view" camera. The upcoming title will also feature both Coco - Crash's girlfriend - and Dr. Neo Cortex - Crash's nemesis - as playable characters. 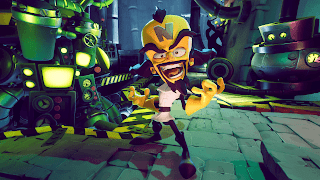 As original series developer, Naughty Dog, has moved onto developing the Uncharted and The Last of Us series, It's About Time will be developed by Toys for Bob. This team recently developed the Crash Bandicoot N. Sane Trilogy as well as the Spyro Reignited Trilogy. This will also be PlayStation's second platforming series to return, from a long hiatus, after the recently announced Ratchet and Clank: Rift Apart. With these promising releases coming over the next year, Sony opens up the door for longtime franchise favorites, such as Spyro the Dragon and Jak and Daxter, to return sometime in the near future. 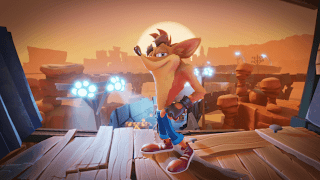 Keep up with us at The Geek Getaway as we continue to brief you in on upcoming details regarding Crash's latest adventure. If you're looking forward to the title, be sure to snag a copy of Crash Bandicoot N. Sane Trilogy, on your platform of choice, to situate yourself with the series' origins. Finally, be sure to follow us on our social media channels!