Bloodstained: Curse of the Moon 2 Announced For All Platforms 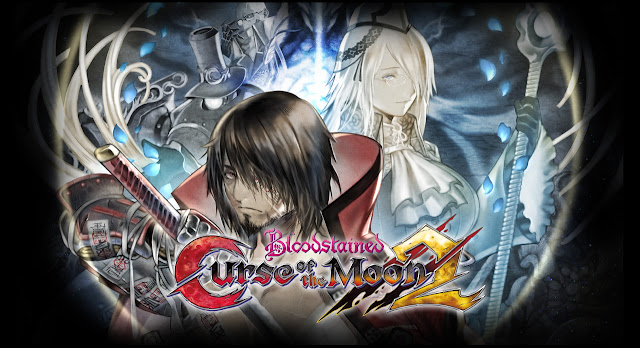 Today, we were delighted to learn about the announcement of Bloodstained: Curse of the Moon's sequel at New Games  Plus Expo which will be coming soon to all platforms. The news came as a shock to many since it was unexpected, but it was worth it. The prequel sold very well with more than 100.000  digital copies,  half of those sales were made on the Nintendo Switch. In addition, according to tweets from the developer, the game reached 100.000 downloads less than a week after it launched. It will be no surprise if this game reaches the same numbers, or better.

In Bloodstained: Curse of the Moon 2, play as Zangetsu and other new characters as they use their weapon to battle a new demonic power that threatens the peace on earth. Just like the previous game, Bloodstained: Curse of the Moon 2 will feature 8-bit aesthetics with old school 2D sidescrolling gameplay, and bringing them together with modern playability.

The game continues where the prequel left off, you play as Zangetsu, a brave swordsman who holds a grudge against demons, and he will have to battle a horde of demons in order to reach their stronghold. Luckily, he is not alone this time. A new cast of characters will be by his side and will help him to reach his destination.

Three brand new characters appear in Bloodstained: Curse of the Moon 2, including an exorcist called Dominique along with the marksman Robert and the enchanted armour Hachi. Each character differs from the others with their abilities, gameplay options and ways to complete the games' different stages. In addition to this, the sequel will have a casual mode with unlimited lives and invincibility mode that doesn't knock the player back, along with challenging difficulty for those seeking an old school challenge.