VG24/7 lies again, Skyrim Grandma did not receive an onslaught of patronizing comments 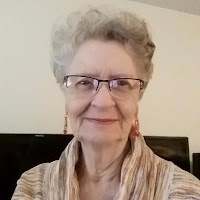 VG24/7 is once again pushing a fake "gamers are terrible" narrative to farm clicks, this time dragging "Skyrim Grandma" Shirley Curry into their garbage. Despite the VG24/7 headline reading "YouTuber Skyrim Grandma announces she is scaling back streams for the sake of her health after receiving onslaught of patronizing comments" Shirley Curry says their was "...NO  "onslaught" of patronizing comments!!!"

VG24/7 uses a video Shirley made and an article from PCGamesN to justify their shit take on the Skyrim Grandma situation. Blaming gamers and exaggerating a situation for clicks is easier and far more profitable than actually doing research and reporting accurately. In fact, VG24/7 didn't even bother to reach out to Shirley for a comment before they wrote their article.

The reality of the situation is Shirley seems to be a victim of her own success. Hearing that an 84 year old woman is playing and uploding videos of Skyrim is sure to attract a crowd. Most of that crowd is not going to stick around, despite subscribing to Shirley's channel, and of course any creator seeing a high sub count but a low view count is going to get frustrated. Adding to that frustration is the occasional comment trying to "help" Shirley play the game or trying to dictate how she plays. Sure, these are normal things all streamers have to deal with but something that can take an extra toll on someone Shirley's age and sweet demeanor.

Despite all this, Shirley has a dedicated core fanbase that do enjoy her roleplaying jaunts through Skyrim and follow her storylines and plots from video to video. It is quite a shame that Shirley might no longer be doing those going forward. It is also quite the tragedy that such a simple joy, playing and sharing gameplay footage, has turned sour and made her reduce her upload schedule. While we at The Geek Getaway understand her health comes first, we will miss hearing the familiar "Good morning grandkids" from our Skyrim Grandma on a regular basis.