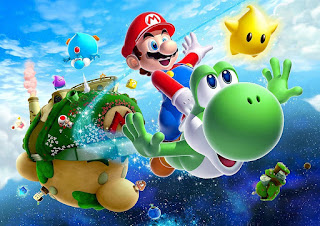 On May 23rd, 2010, Nintendo released Super Mario Galaxy 2 for the Nintendo Wii. The sequel to the Wii's 2007 hit, Super Mario Galaxy, Nintendo surprised everyone when they unveiled the game's trailer in 2009. While Nintendo has developed sequels for 2D Mario games, Galaxy would be the first 3D Mario title to receive a direct sequel.

What Made Super Mario Galaxy Special?
When Super Mario Galaxy released, it set a new precedent for Nintendo games. The space-themed adventure complimented the new gravity physics and round planets, an element unheard of for its time. While providing an interstellar platforming experience, it also brought forth the best of the tried-and-true Mario formula with its classic enemy designs, powerups, and level structure.

Among the most striking elements were the beautiful and glowing visuals, the space backgrounds, and the orchestrated soundtrack. Among Mario games, Super Mario Galaxy - and its sequel - may have the best soundtrack in the series. The game's overall polish and level diversity resonated well among fans. As a result, Super Mario Galaxy would go onto receive heavy critical acclaim and receive the honor of Game of the Year. 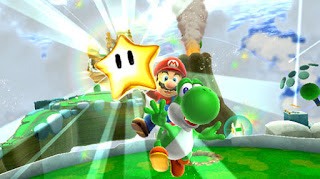 How did Super Mario Galaxy 2 set itself apart?
When Nintendo developed Super Mario Galaxy 2, they had many previously unused concepts in mind. For starters, one was adding Yoshi, Mario's best friend who aided him in Super Mario World and Super Mario Sunshine. Another method they used involved adding more layers of challenge to the game. While Super Mario Galaxy felt comparatively easy, the sequel would be more difficult for Mario vets while still appealing to a younger audience.

Amidst clever stage design choices, such as using the Wiimote controllers to "flip" stage elements with a flick, collecting more Stars and big coins unlocked the toughest world in the game. In Super Mario Galaxy, you could play as Luigi after getting 120 Stars. However, besides using his eability to make higher jumps and having slippery traction, it was otherwise no more than a cosmetic difference. Beating the game with all 240 Stars - 120 from Mario and Luigi each - meant seeing a fireworks celebration at the end.

Super Mario Galaxy 2 however, did not require you to play as Luigi to collect all 242 stars. While the game required you to revisit worlds and collect the arbitrarily placed Green Stars, you could unlock a final challenge world. You would also deposit 9,999 Star Coins into the game's Toad Bank. These stages were much tougher than the ones that came before.

Once you unlocked the final stage, you were set to clear Grandmaster Galaxy, an incredibly difficult stage. Also, by depositing 9,999 Star Bits into the Toad Bank, you unlocked a variation called The Perfect Run, which was one of the most satisfying, yet challenging stages in Nintendo history. 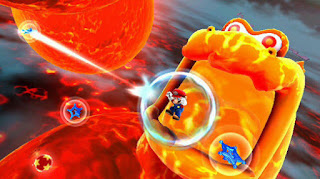 The tutorials feel cleverly placed and never forced. They show pictures of your controller actions in the backgrounds and never take up your time. Kirby games take a similar note as well. It's an example of how tutorials should be implemented in games, both well-paced and well-timed, but never force-fed to the player. 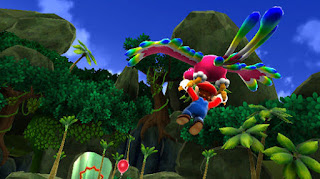 Final Thoughts
I always preferred Super Mario Galaxy 2 to its predecessor. I found the original game incredibly fun, but admittedly easy and lacking the reward you would expect from earning all the collectibles. Not to say being easier is by any means bad, but Galaxy 2's challenge felt more satisfying.  Both games offer between 20-30 hours of wonderfully polished gameplay. Galaxy even offers some lore snuck in by the game's director. Both have their perks, but Galaxy 2 won my heart over.

I feel it did a fantastic job of reusing the same engine while inputting dozens of creative levels. The 2D stages, for instance, hit the mark by capitalizing on the nostalgia value while also setting itself apart with gravity level elements. I greatly enjoyed using Rock Mario as well.

Super Mario Galaxy feels like the foundation for a fantastic Mario platformer. But Galaxy 2 set itself apart and went above and beyond as a Mario game, a platformer, and an iconic staple of Nintendo's very best design. With that said, happy 10 years to one of the highlight titles of Mario's beloved series! What fond memories do you have with Super Mario Galaxy 2? Let us know in the comments below.