Muso strikes down The Last of Us 2 leak discussions; CEO previously penned a "pro" piracy article for Forbes 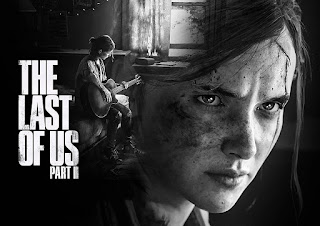 You are probably well aware by now that The last of Us 2 has had huge parts of its plot leaked online. Some people claim the entire game can be watched already. Here at the Geek Getaway we do not discuss leaks or rumors so I am not going to be discussing anything surrounding the plot. In fact, this article is only about The Last of Us 2 tangentially.

The real focus of this article is Sony, Muso(formally Muso TNT) and their actions regarding the leaks. If the name Muso doesn't ring any bells it is probably because everyone is focused on the company, Sony, that hired them to fight digital piracy. I also had put too much focus on Sony initially and even was leaning towards Sony being unaware of the actions Muso was taking. After all, when hiring a company like Muso you no longer deal with things like digital piracy directly and absolve yourself of legal ramifications for false claims by staying out of it as much as possible.

Sony, despite hiring Muso to handle DMCA'ing and/or copystriking, is no longer in the clear as far as I am concerned. You see, after looking into the situation and Muso closer, it has come to my attention that this isn't the first time Muso has acted out of pocket. Those who followed the exclusive Marvel's Spider-Man for PS4 might remember hearing how Muso TNT, as previously mentioned the former name of Muso, was striking down videos talking about the game. Muso would cause controversy within the BTS fandom around the same time by blocking links to J-Hope's debut solo album, Hope World. Muso was also active in striking Death Stranding videos just a few months ago.

With Muso causing so much noise it is extremely unlikely that Sony is unaware of their strike first, ask questions later approach to digital piracy concerns. With that said, Sony either doesn't care that such a company is under their employ or they are actively encouraging Muso's behavior in regards to the TLOU2 leaks. Sony may be legally safe from repercussions but make no mistake, they are in the moral wrong on this issue. If Sony wanted to show they don't condone the actions of Muso they need to publicly disavow Muso's actions, contact YouTube and Twitter to release the Tweets and Videos flagged, and cut all ties with Muso. Anything less is just lip service to get some of the heat off them. 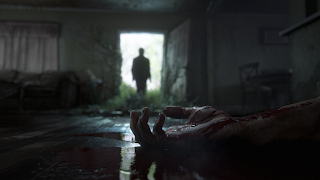 All these disgusting actions by Muso are all the more strange when you see how the Muso CEO Andy Chatterley has talked about digital piracy in the past. On February 15, 2019 Andy wrote an article titled Loving The Enemy: It Is Time To Embrace Digital Piracy Audiences(Archive) that was featured on the Forbes website. I won't go over the entire article, you can read it for yourself, but I want to highlight a few choice lines penned by the Muso CEO.


"Why is this enormous consumer base being ignored, or worse, prosecuted?"

"Granted, creators of content cannot live on air and goodwill alone and all creatives have the right to be paid for their work, but to dismiss this huge audience as somehow less worthy of consideration is outdated folly."

"These people love the product. With them comes a whole new way to measure popularity and emergent trends. These are the target audiences, the people who go on to buy merchandise. Or turn up to a gig. Or a fan convention. Or tell their friends."

It seems the Muso CEO is well aware that people who view pirated material are a valuable marketing tool as well as a source of income beyond the initial product they pirated. He understands how word of mouth can help sell a product and get people outside the target demographic to be engaged with a product. He even seems to lament the fact that digital pirates are often prosecuted for their actions.

So, then the questions have to be asked, why is Muso going after people so aggressively, do they fear what people think about the leaks, and are they worried how it could impact their client financially? I don't know the answers to these questions and Muso is never going to reveal their motivations. However, it is clear to me there is more than enough evidence to suggest the TLOU2 leaks are legitimate and the game is as bad as people seem to think it will be. Muso has made a PR mess turn into a damn nightmare and now Sony and Naughty Dog are being, rightfully, dragged by the internet.