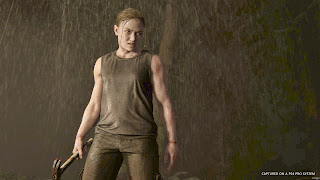 [Editor's note: This article has been updated twice in order to add comments from Omnia Media and Darien]

Jeremy Hambly on his TheQuartering YouTube channel released a video called "Naughty Dog Has SECRET Paid The Last Of Us 2 SHILL Youtube Channels!" The video also has the following description "It looks like Naughty Dog Has Youtube Channels that are on their payroll and exclusively shill for The Last Of Us 2" Now, to be completely fair, Jeremy does offer an explanation that gives Naughty Dog plausible deniability by suggesting Naughty Dog paid a marketing firm that in turn hired or paid YouTube creators to make positive videos for The Last of Us 2.

Jeremy uses a channel called Breakthrough, who exclusively has The Last of Us 2 videos on his channel which go back 2 years, as the poster child for "possible" paid YouTube channels. Now, Jeremy says in his video that Breakthrough has been in existence to promote The Last of Us 2. As further proof of the channels true nature, Jeremy highlights the channel description. The description read, before deleting the disclaimer section, as follows...

"Welcome to Breakthrough Gaming! We are focused on bringing you the latest news, rumors, and speculation videos regarding the upcoming video game The Last Of Us 2. Stay tuned for more content regarding other games as well such as Ghost of Tsushima, and Cyberpunk 2077.


DISCLAIMER: Darien does not possess any part of this channel. He is a paid content creator which according to the YouTube Terms of Service is 100% allowed. It has all been verified and approved by the staff of Omnia Media.

Seems pretty straight forward, #GOTTEM! Well, things may be a bit more complicated than it looks. The person creating content on Breakthrough is named Darien and this isn't his first YouTube channel. If we follow the rabbit hole of social media links we see that the Breakthrough Twitter account linked on the Breakthrough YouTube channel is disabled. Highly suspicious given the recent accusations, but it's not even related. Searching the @ZenBTG shows that Darien was in a bit of a Twitter beef with another creator and deleted his Twitter account due to this.

Going to the Snapchat link found on the YouTube channel we see the SnapChat of Darien is LMTTYA. LMTTYA stands for "Let Me Talk To You About" and if we search the initials on Twitter we come up with another Breakthrough Gaming Twitter account. We know this isn't a coincidence because this Twitter links to the current Breakthrough Gaming YouTube channel. Going through this Twitter account we find links to a YouTube channel, Let Me Talk To You About AKA Darien Barbarian, that is disabled. This channel exploded in popularity by putting out Watch Dogs walkthrough content before anyone else even had access to the game. We know this because a channel called Freedom!, which is a MCN, made a video talking about Darien's success.

All this brings up back to that disclaimer which was on the Breakthrough channel. You see, for a reason unknown to me, Darien's YouTube channel was deleted. YouTube does not allow you to create a second channel if a previous one was terminated by YouTube for TOS violations. I am aware that many people do it and get away with it because one of the ways they do it is to state the channel is not owned by the content creator, Darien in this case, but rather another party, Deborah Rivera according to the deleted disclaimer. There is no way of knowing if Deborah is actually a rel person or simply a name Darien invented to use as the channel owner as he uploaded content and violated YouTube TOS.

While I don't agree with Darien's choice of game, it makes a lot of sense why he would make content for 1 game only. By doing lots of videos on a single topic you drive your channel up the YouTube algorithm, build off momentum of previous videos, and have to put very little effort into your content. Darien did this with Watch Dogs, Grand Theft Auto V, and The Last of Us that I know of and he probably did it with other highly anticipated games. Darien is a one trick pony but there is no evidence of him being paid by Naughty Dog or anyone connected to Naughty Dog.

I have reached out to Darien via email and his Instagram accounts and I will report back with any additional information if he provides any. I will also continue to look into the issue and if evidence comes out to prove Darien is being paid to promote The Last of Us 2 I will update this story as well as write up a new one detailing the new evidence. That said, I hope you all will continue to be vigilant and not accept stories at face value. Always look into things further than a single source, even if I am that source, and keep an open mind because sometimes a story really is too good to be true.

Update:
I was able to speak with a source at Omnia Media who verified that the Breakthrough channel was a part of their partnership program but that Omnia Media in no way owned the channel. My source also provided me with the following statement in regards to the claims made by Jeremy Hambly.

"These claims are unequivocally false. Omnia Media nor their channel partner in question, let alone Sony, would risk violating YouTube paid promotions policy for a game that is already sure to be among the year's best sellers. The idea that there is some backdoor secret promotion between these parties is patently absurd."

I also was able to speak with Darien, the person uploading content to the Breakthrough channel, and he has agreed to speak to me via DMs on Instagram. Depending on the content of that chat, I will either further update this story or create a brand new one.

Update 2:
I was able to speak with Darien directly about this matter and he confirmed that Deborah does exist but he has unequivocally denied she is related to anyone at Naughty Dog or Sony. Darien also commented on his Twitter account saying, "I just never really used twitter, hence deleted most of my accounts a long time ago." Darien would not go into great detail but did confirm those were his past YouTube and Twitter accounts. He also said he would be making a video to address the situation, so if you are interested in hearing his side of the story straight from him I suggest you go to his YouTube channel.