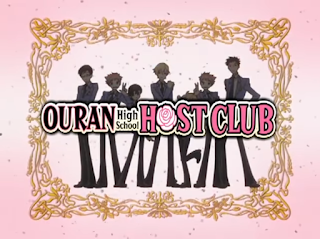 Here were are, another Friday night and another Japanimation show to talk about. Tonight I will be giving my thoughts on Ouran High School Host Club, a series that completely took me by surprise. Now, I admit I had seen this series on my Netflix dashboard for quite some time but I never had the desire to sit down and watch it. It looks like the kind of show girls would love and saw nothing that would interest me. Boy, was I fucking wrong!

Ouran High School Host Club is one of the funniest shows I have seen in years. Never taking itself too serious, it benefits greatly from being created in a pre-SJW era. This allows everyone and everything to be part of the joke and we get some real funny lines and situations thanks to this. An example of this is the running gag that Hikaru and Kaoru, twins, love each other as more than just brothers is made so much funnier due to the way the show was free to go all out and so over the top.

All out and over the top is a good way to describe the series as a whole because it never seems to pull any punches. When other shows, especially now, would back off a joke due to the fear of hurting the fee fees of some snowflake, Ouran High School Host Club plows ahead undeterred. It is also nice to hear the voice of Vic Mignogna in the English dub of this show, as he really is able to show his wide range in his role as Tamaki, the head of the Ouran High School Host Club.

The overall plot of Ouran High School Host Club is pretty basic. Our main character Haruhi accidentally breaks a valuable vase that belonged to the club and must work as an errand boy to pay them back. After seeing how some of the girls at Ouran High School respond to Haruhi, the club decides to let him become a host as a way to quickly pay off the debt that was incurred. Haruhi is taken under the wing of the number one host, Tamaki, and soon hilarity ensues.

Each member of the host club has his own quirks and unique personality, which play off each other perfectly. The animation is allowed to go off model quite a bit and we get plenty of funny reaction shots and goofy faces.

Overall this was a sweet and funny show that I really enjoyed and would recommend to anyone looking for a laugh. Next week I expect there to be no laughs because I will be giving my thoughts on the 2017 Japanimation movie, Fireworks. While you wait, feel free to drop your thoughts below. Have you watched Ouran High School Host Club? Do you like the style of these articles or would you like to see me do things in a more review format?