The Garden of Words is almost the complete opposite of last week's Japanimation Baki. It is slow, quiet, thoughtful, and deeply emotional. I'm not afraid to say I cried at the climax of this movie. Just bawled like a fucking baby. Tears all in the soup I was eating. Embarrassing really. You get the picture. So, what is The Garden of Words about you ask? 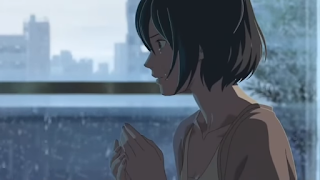 The film is about a 15 year old boy named Takao who meets a 27 year old woman named Yukari in Shinjuku Gyoen National Garden on a rainy school day. Takao is skipping school to enjoy the rain and Yukari is skipping work to drink beers and eat chocolate. Over the course of the film we learn there is more to both of these people, as Takao aspires to be a shoemaker and Yukari is trying to get over some deep emotional pain.

Since Takao skips class every time it rains these two meet up more and more, each one slowly opening up a bit to the other until they both feel a deep connection to the other. On the surface it might seem like this is a budding romance or some forbidden love but it's not. It is the the sad realization that you are lonely despite being surrounded by people. The knowledge that your life is devoid of a single emotional connection to someone.

Takao and Yukari, despite having "friends" and family in their lives, have no emotional connections to any of them. Takao blissfully unaware of this until he meets Yukari. For her part, Yukari is well aware of her feelings of sad lonliness but feels powerless to do anything to correct it until she meets Takao who treats her like an actual person and not just an object of convenience.

The emotional impact will be lost on many who watch this film and I envy them for that because they are, like Takao, blissfully unaware of the feeling this movie highlights. However, if you are like me, who is very much like Yukari, then the climax of the movie will hit you like a ton of bricks. As it is only 46 minutes long I will not go into further detail and spoil anything. Go watch the movie for yourself and be sure to have some tissues close by to wipe the tears away. 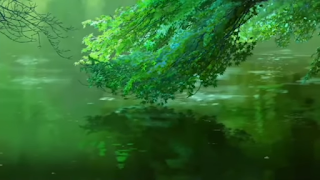 The music in this film is very calming and the sound effects make the rain seem almost real. The art is the real standout tho, as so many shots in the film are literal works of art. So many frames could be hung up in a museum, the animation is that good. Even if the emotional impact of the movie flies past you, the art is so good you will still enjoy watching this film.

Well, that's enough of that emotional crap. Next week on Fridy Night Japanimation we take a look at something a bit more manly, Ouran High School Host Club! See you all in a week. Feel free to leave your thoughts and suggestions in the comments below.