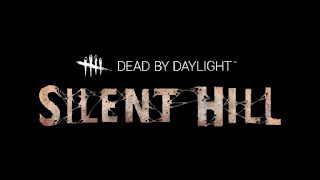 Earlier today, Behavior Interactive, developer of Dead by Daylight, announced their latest DLC. Featuring Silent Hill 2 antagonist, Pyramid Head, and Silent Hill 3 protagonist, Heather Mason, the two will be featured as the latest Killer and Survivor, respectively. While Konami has not actively used the Silent Hill franchise in many years, we will get to see these two characters appear in the latest update. 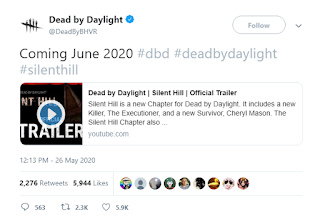 If you are unaware, Dead by Daylight is an asymmetrical survival horror online multiplayer title. You can play as a Survivor or a Killer. If you play as a Survivor, you work in a group of four trying to escape from the Killer. Meanwhile, the Killer is far stronger and faster, able to attack Survivors and hang them to sacrifice them to the game's own antagonist, The Entity. The four Survivors must work together to restore generators and save each other. The game ends for a Survivor if they're sacrificed to the Entity or murdered by the Killer.

Konami has not released a new Silent Hill title since Silent Hill: Downpour, released in 2012. However, they attempted to revive the franchise in the form of a reboot - Silent Hills - before ultimately canceling the title in 2015. Perhaps the most recent use of the IP was the appearance of Pyramid Head Bomber, as a DLC character, in 2017's Super Bomberman R.

The latest update and DLC will arrive later this June. Dead by Daylight is available on PlayStation 4, Xbox One, PC, Nintendo Switch, and mobile devices. Keep an eye on the official Twitter account for the latest updates from Behavior Interactive.