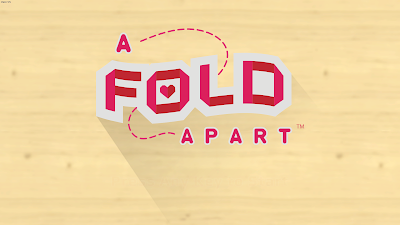 *Editor's note: The Geek Getaway received a review copy of this game

A fold apart is a 2.5D side-scrolling puzzle game released on April 16th, 2020 for PC, Nintendo Switch and Apple Arcade. It will also be coming to PS4 and Xbox One at a later date.
The official website can be found here. The game can be purchased on Steam and the e-shop for $19.99 and is playable with a subscription to Apple arcade. This review is on the Steam release.

The game takes place in a world made of paper, the story follows a couple and the struggles they face in a long-distance relationship. When the game starts you must choose one of four couples to play as. 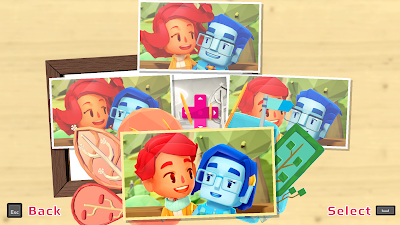 The two main characters aren't named, so they will be referred to as Red and Blue. Red is a Teacher, and Blue is an architect. Red and Blue live in a rural area surrounded by nature, however, one day Blue is given a job offer to design a landmark in a major city and has to move to the city for a year. 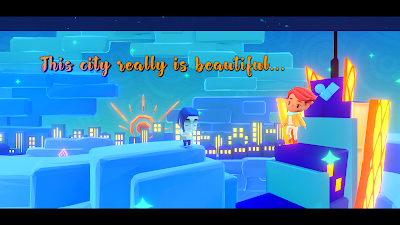 During their time apart there are several moments where the two worry about their relationship due to the stress of being apart and poor communication on both ends. These moments of worry and doubt are where the main gameplay comes in, as you solve puzzles that involve folding, unfolding, rotating, and flipping the level to reach a star to progress and work through the doubt. 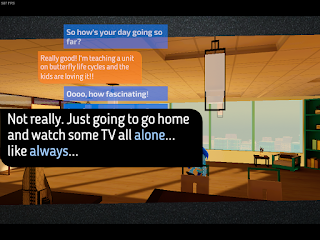 To fold a level you click and drag a glowing blue corner or edge to the desired position. You cannot fold over yourself however so it is important to properly position your character before folding. Q and E flip the paper over. Once it is unlocked, you can press T to enter rotation mode, where Q and E rotate the paper. 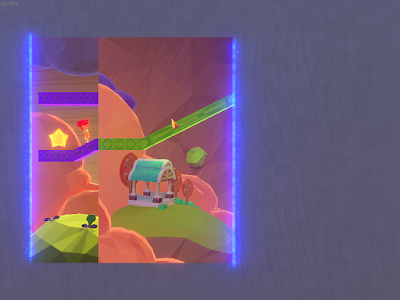 In certain levels, there will be boxes that shock you if you get too close, while this doesn't kill you it will block your progress. You will have to find ways around them to progress in the level. Certain levels also contain boxes that you can move and climb on, some levels will contain more then one box, and if a box is on top of another box you cannot move it. If you reach a point where you cannot finish the level you can hold "R" to reset everything. If you fall out of the level it will reset automatically. 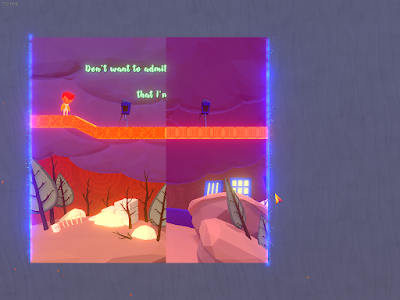 The visuals of the game are great, with detailed and beautiful backgrounds, props, and effects. The music is also pretty impressive. Featuring beautiful piano pieces that match what is currently happening in-game. For example, when a character is upset the music gets darker and more intense. As beautiful as the game is on the outside the same cannot be said about the inside. During the game, some constant glitches and bugs would either force the level to restart, boot the game back to the main menu, or even just crash entirely. 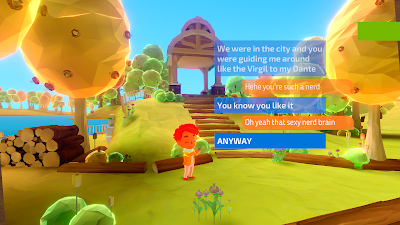 The game is very character-centric, and sometimes during conversations, you will get to choose what to say next. This will lead to different responses and interactions based on what you pick. While there are about 50 puzzles, most of them aren't very difficult, and by the time they start to get complex and challenging the game is over. Speaking of which this game isn't too long either. It takes around 3-ish hours to complete depending on how long it takes you to solve the puzzles or observe the scenery. 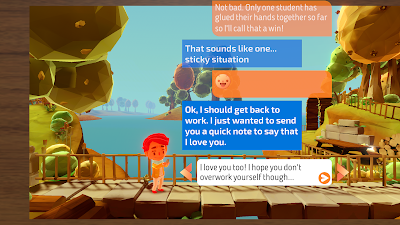 The characters are cute and they have varied expressions and animations as they interact with each other and the environments around them. Each character is distinct and shows their personalities through the way they dress and act. 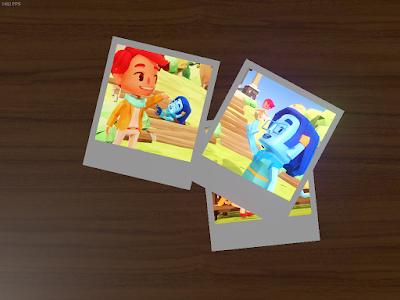 Overall, the game is fun and has a very unique style with beautiful set pieces, charming visuals and characters, and lovely music. However, the game is slightly held back by severe bugs, unnecessarily precise block puzzles that take forever to climb up and down just to push a millimeter closer to the ledge you are trying to climb on top of, as well as finicky controls when trying to fold anything. 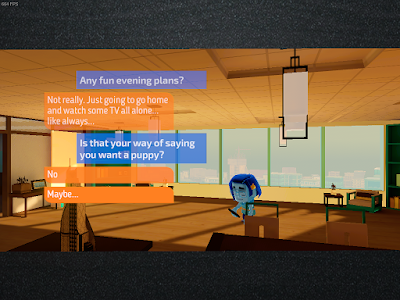 Final Verdict: Recommended.
I recommend this game, though I think the game has quite a few issues that are hopefully patched at a later time. The game has a lot of potential for speedrunning and is a unique experience. Although I think the game is a bit short for its price tag, I did generally enjoy my time playing through it and I definitely recommend it to anyone looking for a short sweet game with fun puzzles.