What makes Bowser stand out as a villain?

Posted by Rango on April 17, 2020
In 1985, Super Mario Bros. debuted on the NES. Among the many memorable characters introduced into the gaming world, one particular villain would gain prominence over the next several decades. The King of the Koopas himself, Bowser, made himself known when he kidnapped Princess Peach of the Mushroom Kingdom. Since his first encounter with Mario, Bowser has seen over 35 years of battling his rival while trying to kidnap the princess. 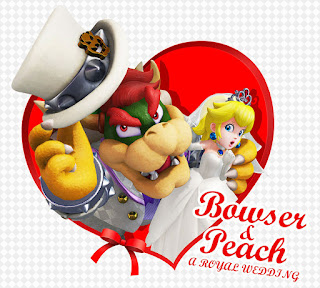 In terms of the platforming Mario series, not much more can be said than that. He's gone about his quest in many different ways. From taking over Peach's castle, to trying to take control of a Galaxy, his most recent attempt was to hold a wedding on the moon. Dressed in the most dapper suit imaginable, the beloved Koopa King took on Mario, in an epic battle, for Princess Peach's heart. 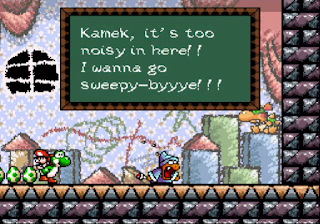 However, for those of you who love our turtle friend, you might want to know more about how he's developed as a villain. For instance, did you know that most of his written lines started in the RPG series? Back in Super Mario Bros. 3, Bowser's only dialogue came in the form of a threatening letter upon entering the final world. And in Yoshi's Island, Baby Bowser spoke a few lines of broken English. 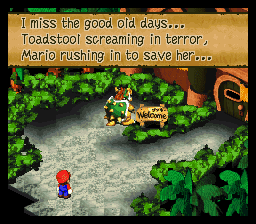 But in Super Mario RPG, you got to see a new shade of Bowser. When he was not kidnapping the princess, he was the badass who would go through any lengths to get what he wanted. In this case, that included teaming up with Mario, in order to rescue Peach, and get his castle back from Smithy's Gang. 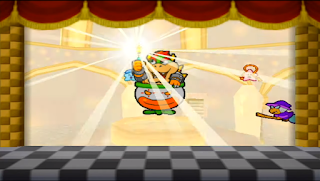 In Paper Mario, Bowser made history by finally defeating Mario. In the opening battle of the game, Bowser has gained the Star Rod, a rod which could grant wishes. He uses it to become invincible and sends Mario flying out of Peach's Castle, which was floating high in the sky. During the game, you can see his relationship with Peach and how the two interact with one-another. You can also read his private diary or even hear his conversations every time Mario rescues one of the Star Spirits. Learning about Bowser became one of the best parts of the game as the title greatly added depth to his character. 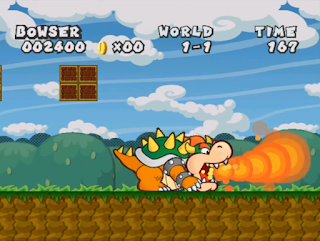 In the sequel, Paper Mario: The Thousand-Year Door, Bowser's role gets moved from antagonist to more of a deuteragonist. In some segments, he's playable in side-scrolling platformer stages. Once again, you can witness many humorous scenes featuring the brute. While you do end up fighting him as the penultimate boss, his goal to rescue (or kidnap) Peach didn't differ. Bowser would later gain another playable role, once again joining forces with Mario and Peach in the sequel, Super Paper Mario. 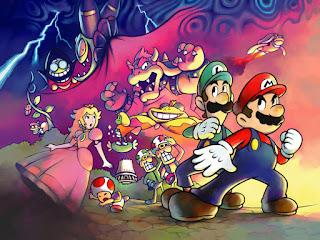 Mario & Luigi, the RPG series developed by Alphadream, took many cues from the Paper Mario. In this case, however, Bowser would not be the main antagonist. Just like in Paper Mario, Bowser would put his strength to the test only to fall victim to the game's new villains. He also played a villainous role in Mario & Luigi: Partners in Time. 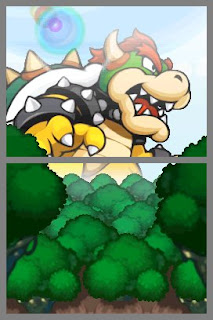 It was in Mario & Luigi: Bowser's Inside Story, however, that Bowser finally got a true shining role. Playable for most of the game, Bowser embarked on an adventure to get his castle back from Fawful. Through the game, he fought huge monsters, beating them with relative ease using his fists and fiery breath. Later, he would gain the ability to grow into a giant and fight towering bosses along the way. This culminated into the final battle against Dark Bowser, a powerful being, born from the Dark Star, that took his form. Overall, this was perhaps Bowser's single greatest role in a game. 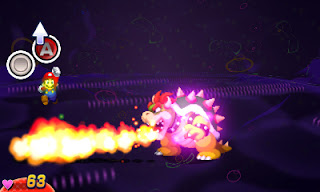 In Mario & Luigi: Dream Team, Bowser would team up with the mysterious Antasma to gain the Dream Stone and control the world. Anyone might be surprised when they saw that Antasma was not the final boss. Instead, Bowser would turn on him, taking the Dream Stone for himself. He would eventually inhale the Dream Stone to become Dreamy Bowser, gaining incredible power in doing so. Bowser would once again be the major antagonist in Mario & Luigi: Paper Jam, teaming up with Paper Bowser, and fusing with him to take on Mario, Luigi, and Paper Mario. The best part is you got to enjoy some of Yoko Shimomura's fantastic boss music. Known for her Kingdom Hearts compositions, she set the tone perfectly for Bowser's epic battles.

Bowser has seen many shades of his character develop through the Mario universe. More than just hellbent on kidnapping Princess Peach, Bowser's development has portrayed him as both a bumbling villain as well as a force to be reckoned with. He's a selfish guy who will help others, but only for his own gain. Bowser's Inside Story showcased him as an antihero.

But also remember that, even though he's the bad guy, he's his son's hero too. He just wants to dote on Princess Peach and be a good example to Bowser Jr. He's certainly not the most heartless villain out there. So you can't help but love him, too.

What do you love most about Bowser? Let us know in the comments below!