Posted by TonyTGD on April 19, 2020
Superhero are a huge part of the cultural conscious these days so we thought we would take a look at some of our favorite superhero video games. These are not necessarily the best superhero games, but the ones we remember the most fondly. 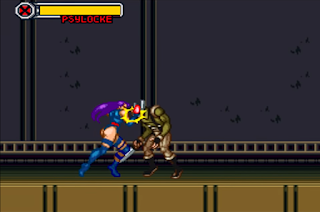 X-Men: Mutant Apocalypse
Released in 1994 for the SNES, Capcom's take on Marvel's mutant franchise crossed a 2D platformer with a beat 'em up. Picking from 5 characters, you could hop on platforms and combo your enemies. Plus, you even had special inputs taken straight out of Street Fighter. Even Beast had E.Honda's Torpedo Headbutt!

The music involved a ton of hard-hitting bass and catchy tracks to go with it. If you're familiar with Mega Man X's music, you'll feel right at home. Plus the well-animated sprites would only predate Capcom's wonderfully animated "Vs." series shortly thereafter.

Featuring over 15 stages, each one offered varying challenges and enemy types to overcome. This well-polished title controlled wonderfully and looked good while doing it. Despite having only 5 characters - Cyclops, Wolverine, Gambit, Psylocke, and Beast - each character's moveset felt wonderfully fleshed out. To be quite honest, it's still fun to play even today! 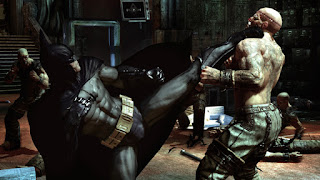 Batman: Arkham Asylum
Rocksteady Studios' foray into superhero games revolutionized what it meant to be a superhero game. In an era where companies would release dime-a-dozen cash-ins on various Marvel movies, Rocksteady created a 3D Metroidvania title where you could explore and uncover tons of secrets. The over-the-shoulder angle offered a view akin to the popular Resident Evil 4. Plus, when fighting enemies, your combos added some fantastic, hard-hitting sound effects.

Batman: Arkham Asylum offered hours of exploration, lore, and a fantastic script and narrative. As dark as Batman games get, it also felt charming to hear Joker taunting his favorite rival and best buddy, Batman. Plus you encountered a slew of various enemies. In particular, Scarecrow stood out due to his hallucinogenic stages. They completely changed the landscape of Arkham Asylum and forced you to fight your way out of a makeshift, dimensional world.

Arkham Asylum would be followed by the open-world sequel, Arkham City, another fantastic title. However, I felt Asylum held the biggest impression on me and never felt too big for what it was trying to accomplish. Even today, I give this a strong recommend. 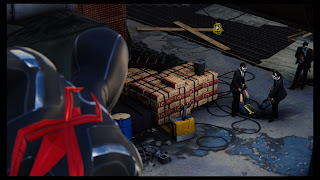 Marvel's Spider-Man
How do you take what Rocksteady started and push it forward tenfold? Insomniac Games, creators of Spyro the Dragon and Ratchet and Clank, set out to do just that. Published by Sony, Marvel's Spider-Man offered a fantastic scope of New York, polishing every single world detail with numerous references to the comic material. You could unlock costumes which featured throwbacks to the comics, cartoons, and even the movies, such as Far From Home or Sam Raimi's first Spider-Man film!

This adventure featured dozens of hours of exploring, fighting, and feeling free as you controlled Spider-Man fluidly through every aspect of the game. His quips kept the game alive and well and the story had its twists, turns, ups, and downs that would make you feel every possible emotion. Plus after you beat the game, you could download the DLC, unlock new missions, and bring Spidey's story to a close.

Not only is Marvel's Spider-Man arguably the best superhero game out there, it's one of the best games of all time. This fantastic title by Insomniac stands as a hallmark title for the PlayStation 4. It's incredibly hard to put down. And you'll never play a title that gives you the swinging freedom quite like Spider-Man does. 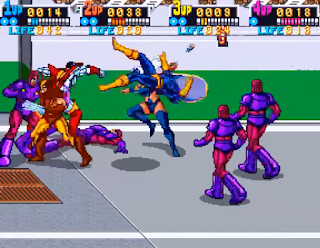 X-Men (Arcade)
I remember playing this at the local arcades all the time when I was a kid. I'm pretty sure I was never able to beat it, especially since I never had anyone to play along with me, but many quarters were spent playing this game. Out of all the old school beat 'em ups I played as a kid, this one was definitely one of my favorites. 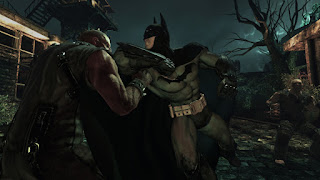 Batman: Arkham Asylum (PC)
I've played all of the Batman: Arkham series games, and while I feel like the general consensus is that Arkham City is the best one, I've always found the first of the Arkham quartet to be the best. Perhaps it doesn't have some of the additional features and abilities present in the later games, but I feel like the atmosphere and level design was the best in this one. 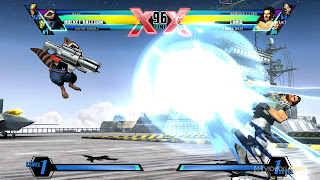 Ultimate Marvel vs Capcom 3 (PC)
In my personal opinion, this game is the pinnacle of the chaotic tag team fighting game genre. The roster is great and the gameplay feels so intense that even though I'm not great at the game, I constantly feel like I'm pulling off something crazy every time I land a combo on the opponent. This game has so much style and energy and I'd love to see them make another sequel to it. And no, Infinite doesn't count.

What are some of your favorite superhero games? Let us know in the comments below. Also, if you got a topic you would like to see discuss on the Weekly Round Table be sure to let us know.

*All screenshots courtesy of their respective publishers