'StarCrossed' Arrives April 29 on Switch and Xbox One 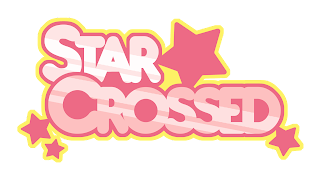 Contigo Games and Whitethorn Digital are bringing their co-op Magical Girl arcade action game StarCrossed to Nintendo Switch and Xbox One on April 29th for $9.99. The game is already available for PC, Linux, and Mac via Steam, itch.o, and the Humble Store. A PS4 release is set for later in 2020. 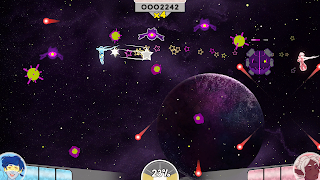 StarCrossed is a mix of bullet hell, magical girls, and pong. The basic gameplay has you and a partner, either local co-op or a computer controlled ally, bouncing a star back and forth in order to damage enemies between you two. As you dodge bullets you have to knock the star back toward your partner, so the game can get quite frantic at time. Thankfully there is a super attack available to get you out of tough situations, if you are able to get your meter filled. 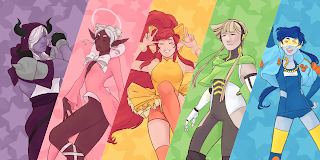 There is both an arcade mode as well as a story mode. Both modes allow you and your partner to choose from 5 different "magical girls" referred to as Guardians. The arcade mode is a test of skill as you attempt to get higher and higher scores. Story mode, which has 10 different permutations based on the pair combination you picked, is a quest to save the Nova Galaxy from the forces of evil. 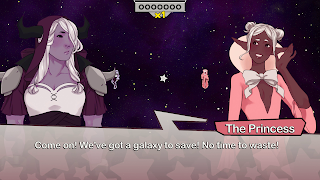 With a heavy emphasis on co-op gameplay, the game is a lot harder without a human partner. In fact, some reviews say it is almost unplayable with the computer ally. There is a Switch gameplay trailer that you can watch below if you are intrigued by the game's concept.

*All images courtesy of Whitehorn Digital