Never Watched an Anime Before? Check Out These Easily Accessible Classics!

Posted by Doug Siltis on April 21, 2020
With the Coronavirus forcing people to stay cooped up in their houses, a lot of people have been complaining about being bored. They've played all the games they want to play, watched all the movies they want to watch, and read all the books they wanted to read. They just don't know what else to do to occupy their time.

Well, I think that right now would be a great time to explore the world of Anime. The problem is that a lot of people are put off by anime, because many of the shows that become notably popular aren't really geared towards the general population. They can seem a bit strange, or perhaps childish to the average viewer, but the truth is that there are Anime made for every demographic. I think that if people would give Anime a chance, they might find something they enjoy.

I've come up with just a few shows that you could check out, which are pretty "normal" by most Anime standards, that I think pretty much anyone could get into. You won't find anything terribly crazy here, and I personally guarantee that every one of these shows is fantastic. Many of these shows can be watched on your favorite streaming platforms, such as Netflix, Hulu, Amazon Prime Video or the popular Anime streaming site Crunchyroll, so you shouldn't have much of an issue finding them. 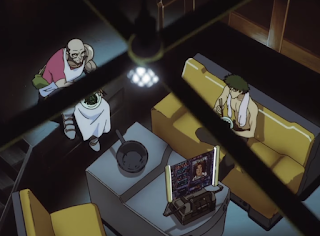 Cowboy Bebop
Often considered to be one of the greatest Anime of all time, 1998's Cowboy Bebop is a gritty sci-fi bounty hunter story with a lovable cast of characters, great action sequences, hilarious comedy segments and even a bit of drama thrown in to the mix. The crew of the spaceship Bebop travel around the galaxy, trying to bag various wanted criminals, but things rarely ever go as easily as our protagonists hope they would. It's very easy for newcomers to get into, and has a little something for everyone. If you watch just one anime out of all of this, I recommend this one. 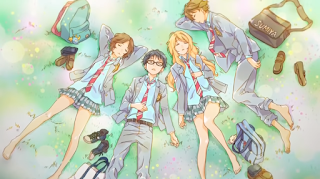 Your Lie in April
Your Lie in April aired back in 2014, and is still the newest out of all of the shows on this list. This one falls squarely into the drama and romance genres, and is about a young pianist who has lost his muse and an eccentric female violinist who wants to see him play again to play alongside him on a grand stage. It's a great character drama story, and it's sure to make you tear up on occasion. If you'd prefer to watch a less action-oriented Anime, then Your Lie in April is sure to please. 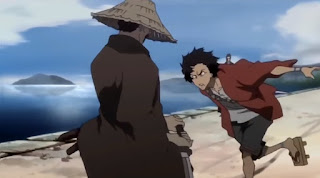 In 2004, the director behind Cowboy Bebop decided that this time, instead of a sci-fi series, he wanted to do a samurai series - and thus Samurai Champloo was born. The premise is pretty simple - a young woman is searching for someone, and so she hires these two samurai to be her bodyguards as she travels Japan looking for the man. The problem is, they both have a tendency to get into fights - sometimes with each other, and this complicates their journey a bit. Much like Cowboy Bebop, this show has a nice mix of action, comedy and drama, and if you're interested in the old-school Japan setting, you'll definitely be pleased with Samurai Champloo. 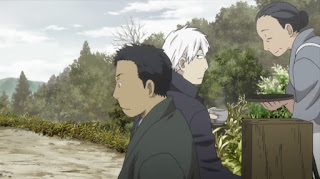 The first season of Mushi-shi released in 2005 and is widely acclaimed as one of the best anime of the decade, despite not falling into typical popular genres such as action or comedy. You could say it's somewhat of a drama, or a mystery, but it doesn't accurately fit those genres either. It is a rather slow-paced show about a man who can see these strange spiritual creatures called "Mushi", that ordinary people cannot. These Mushi cause all sorts of strange phenomena to take place in their presence, and it is up to the main character to more-or-less exorcise them and repair the damage that has been done by them. If you're looking for something slow and thought-provoking, Mushi-shi will definitely satisfy you. 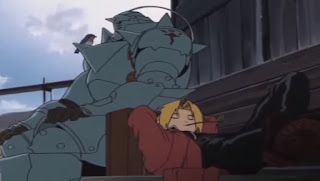 The first Fullmetal Alchemist anime premiered in 2003, but as it so happens, there's two separate Fullmetal Alchemist series - the second being a remake released 6 years after the original, called Fullmetal Alchemist: Brotherhood. The thing is, they're BOTH good, in different ways. Though Brotherhood is a remake, it skims over a lot of what the first anime covered. It's all included, just not in as much detail as the first time around. But the plot diverges greatly about halfway through, so each one is worth experiencing - though I would say that if you only pick one, you would probably want to go with Brotherhood.

Regardless of which one you pick, the core plot of Fullmetal Alchemist is the same - Two young brothers try to bring their mother back to life with alchemy, only for their bodies to be mangled in a failed alchemic transmutation. Now, with the older brother sporting metal prosthetics and the younger having his soul bound to a mobile suit of armor, the pair join the military to try and right what they did wrong, and restore their original bodies. If you're interested in a long adventure series, Fullmetal Alchemist definitely will keep you hooked, regardless of which version you watch.

I hope that you guys find something from this list that you enjoy, and I hope that for those of you who have never seen an Anime before, I managed to convince you that the medium is actually pretty good. Enjoy the shows!