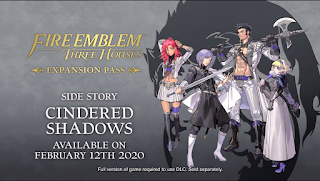 Fire Emblem: Three Houses Cindered Shadows DLC came out on February 12th, 2020. Released as part of the game's Expansion Pass, Cindered Shadows features a side-story, with several new playable characters along with new classes and features. You can download the Expansion Pass from Nintendo eShop here for $25.

Cindered Shadows tells the story of the secret 4th house of Three Houses - The Ashen Wolves. When I first saw the trailer featuring the story of an outcast group, clad in neutral colors, I immediately grew interested. I already fell in love with their aesthetic and how they live underground in the Abyss.

As a group that follows their own rules, you'll quickly get to learn about the four new characters - Yuri, Balthus, Constance, and Hapi. Plus each character features a new class: Trickster, War Monk, Dark Flier, and Valkyrie, respectively. All four classes come from past Fire Emblem titles. 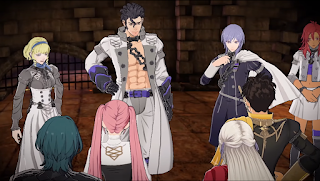 While you're in Abyss, you can explore it similarly to Garreg Mach Monastery, only it's much smaller. You can talk to NPCs, and shop, while learning about life in the underground. Once you're done talking, a prompt will ask you if you're ready to battle. You won't find too much to explore, but you'll want to procure whatever supplies you can before heading into the next battle.

This 7-chapter expansion features 10 hours of gameplay. If you're seeking a challenge, I can already tell you that Hard Mode is more difficult than in the main story. You might even liken it to Maddening. This is largely due to your lack of supplies and other restrictions applied to your characters. Cindered Shadows was created to test your true strategic skill when you don't have the benefit of grinding levels or equipping the best gear. 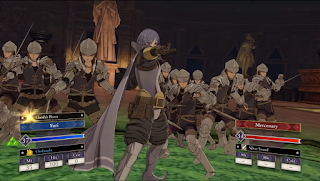 Also, keep something in mind. You'll face Golems and other monsters. One thing I mistook was that you have to break all sides of monster armor to weaken its defense. But this is only to obtain the forge material and attack it without repercussion. You only need to break one piece of its armor in order to deal extra damage. This becomes the difference of risky item farming vs. surviving one of the toughest maps, which quickly turns into Nintendo's version of X-Men's Days of Future Past, Sentinels and all.

Once you clear this DLC, you'll unlock several rewards. First, you'll be able to recruit the four Ashen Wolves in the main story. Secondly, you can unlock their aforementioned classes for the rest of your units as well. Third, you can enter the Abyss freely and undertake side-quests. And finally, you'll get to use a rare Chalice equip. Not only does this nullify bonus damage from enemy attacks, but you can counterattack from any range as well. 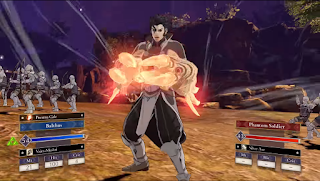 Final Verdict: Recommended
Overall, the Fire Emblem: Three Houses expansion pass provided some cosmetic bonuses at most, but Cindered Shadows provides a solid storyline with some interesting new characters. The gameplay bonuses you receive justify the purchase as you'll have something to take with you after the campaign. If you're seeking a real challenge and want to add something to your Three Houses experience, this is the best way to do it.