Posted by GethN7 on April 18, 2020
Let's face it. This pandemic currently ongoing at the time of this writing has a lot of people super bored. Sure, a lot of video game companies are tossing out free and discounted commercial games like candy at the moment, but some of us are likely so bored and lacking drive thanks to being taken away from productive jobs we'd rather not bother hunting any of those aforementioned deals down. Well, you won't have to, here are some free and open source cross-platform titles to spend time on. 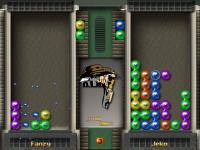 FloboPuyo: FloboPuyo is a free remake of the classic Tetris-like Puyo-Puyo games. Featuring several difficulty modes and challenging yet not utterly unfair AI opponents for those who don't have friends to play against, it's a quite professional alternative to the commercial Puyo-Puyo games and features identical gameplay.

Frozen-Bubble: One may have heard of "Puzzle Bobble", a classic from the "Bubble Bobble" franchise that involves shooting colored bubbles at a slowly descending series of bubbles to clear the board before time runs out. Frozen-Bubble is a penguin-themed Linux based clone featuring the same gameplay, and it even features a level editor so you can build custom levels to challenge yourself with once you mastered the already huge amount of included levels. Most recent builds include support for Windows and macOS X, though some unofficial ports exist for other platforms as well. 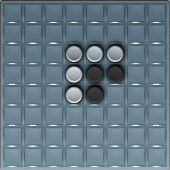 Ultimate Othello: Othello, or Reversi as it is sometimes called, is a time-honored classic strategic board game where you and the opponent you choose (person or AI) start with a certain amount of tokens, and you engage in a seesaw battle of wits to surround their tokens to claim them for yourself, with the winner having the most in the end. This version is available in multiple ports, even an iPhone port. 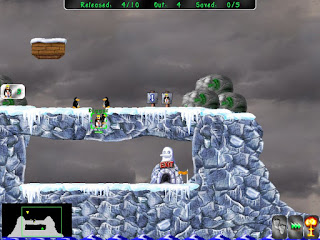 Pingus: A time-honored puzzle classic Lemmings, a game where you direct the ordinarily suicidal little creatures to safety in real-time, is the inspiration for this game. Pingus is a cross-platform Lemmings clone with some original ideas of its own on top of providing classic Lemmings style gameplay. It is ported to all major desktop/laptop platforms, features a level editor, and even has multiplayer features.

*all images courtesy of their respective publishers