A Few of my Favorite Anime and Manga Villains

Posted by Doug Siltis on April 18, 2020
I'm a huge fan of anime and manga, and it turns out that this website doesn't only cover video games, but other forms of geekery as well. Because of that, I've decided to write an article showcasing some of my personal favorite anime and manga villains. Of course, there are plenty of series that I've never had the chance to experience, and thus some fan favorites might not be here, but I hope that you enjoy reading it all the same, even if your favorites don't appear. 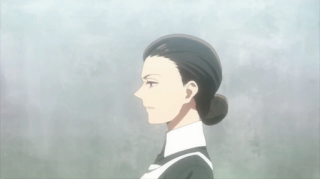 By the end of the first episode however, it becomes obvious that all of this is just a facade, as we learn that Isabella is actually raising the children to be food for demonic beasts, and that Grace Field House is more akin to a farm than an orphanage.

As our protagonists plot their escape from Grace Field House, they enter into a battle of wits against Isabella, and being that she is older, smarter and stronger than the children, she becomes an intimidating force that the children know that they cannot face directly. Isabella is an antagonist that doesn't need to use any physical force to strike fear into the protagonists - though she is certainly capable of doing so. She is an ever-present watcher, and being caught by her means death. 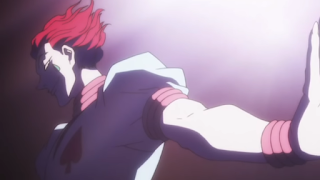 Hisoka (Hunter x Hunter)
You would think that a strange-looking guy in clown makeup whose superpower is to make gum come out of his hands wouldn't be that threatening, but you would be wrong.

Hisoka is almost as unhinged as The Joker himself, and possibly even more dangerous. He is a very adept martial artist, and his ability to sling gum around is much more deadly than it sounds, but perhaps what makes Hisoka most terrifying is his unpredictability.

When he isn't beating up our protagonist, Gon (who is a small child by the way - Hisoka is totally cool about beating up kids to a bloody pulp), he could instead be allying himself with Gon - or anybody else for that matter. Hisoka has one singular goal, and he will do absolutely ANYTHING to achieve it. The man is not above betrayal as it suits his needs, and he will kill anyone that stands in his path, without mercy, if it means achieving that which he seeks.

He's a true loose cannon - an unpredictable force of nature, but at the same time, everything he does is cold and calculating. You never know what Hisoka will do next - and that unpredictability, combined with his terrifyingly deceptive combat strength makes him one of my favorite anime and manga villains. 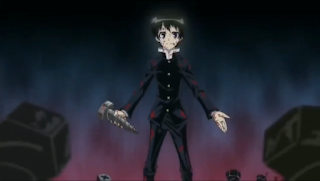 Kumagawa Misogi (Medaka Box)
Speaking of total loose cannons, next up we have Kumagawa Misogi, one of the primary antagonists of Medaka Box. He looks like such a happy, pleasant fella, but don't be fooled - Kumagawa is arguably one of the most terrifying characters on this list.

Under his happy-go-lucky exterior is a man who hates everyone and everything (including himself), and revels in watching them suffer. Luckily for him, his special ability allows him to do just that. With the power of "All Fiction", Kumagawa can essentially turn back time on a person or object, which gives him the opportunity to beat someone up, heal them, and then beat them up again. Needless to say, he's a bit of a sadist.

But what makes Kumagawa so frightening is his tranquility. He very rarely ever gets mad, and does all of his evil deeds with a smile on his face. He seems to understand the gravity of what he does, but he simply doesn't care. To him, if he managed to put a giant screw through your chest, heal you up, and then do it again, it's fine, because you probably deserved it. His malicious nature, coupled with that "this is totally fine" attitude about everything, makes Kumagawa one of my absolute favorites. 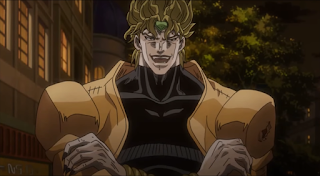 Dio Brando (JoJo's Bizarre Adventure)
Probably the most popular out of all of the entries in this article, Dio Brando has earned himself a huge following in recent years, as everyone's favorite jerkwad vampire with a penchant for stopping time and dropping steamrollers on people.

Dio is the kind of villain that you love to hate. Everything he does is so needlessly cruel, even by general villain standards. I feel like many other villains would probably say "What the heck, Dio!?" in response to some of the ridiculously sadistic things he's done.

But that's why people love him. He's such an unrepentant monster of a person, that you can't help but want to see what sort of devious act he's going to perform next. Not to mention that he is also a terrifyingly powerful character in his own right, and he is more than willing to use every ounce of his power to further his evil plans, and he'll enjoy every minute of it. 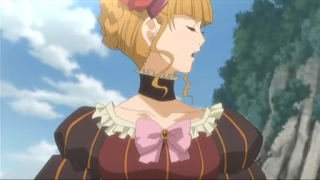 Beatrice (Umineko When They Cry)
This is a bit of an odd entry, because I wouldn't recommend that anybody ever watch the anime of Umineko When They Cry (and I can't speak of the manga because I haven't read it), because it's a seriously bad adaptation of the original visual novel. But you know what? There's an anime of it, and Beatrice is my favorite villain of all time, so she's absolutely getting a spot on this list.

If Kumagawa is the king of sadist anime villains that revel in the suffering of their opponents, then Beatrice is the queen. Beatrice - or the Golden Witch as she is sometimes known, is an immensely powerful witch who seeks to bring herself back to life from a spiritual form, and she plans to use the lives of more than a dozen people as a sacrifice to see her desire through.

Beatrice is not satisfied with just killing people, oh no. For her, it simply MUST be a fantastic display of cruelty. Why, if she isn't killing 6 people at once, then ripping their faces off and disposing of them in a garden shed for their family to find, then it just isn't good enough for her.

Beatrice's cruelty and villainous acts aren't the only reason why she's so great. As a character, she has so much depth, with such a tragic backstory, and as you read through the visual novel, you might even find yourself cheering for her, despite her atrocious acts. And I think that is what truly makes her a great villain - because even though she does such terrible things, you can't help but love and sympathize with her, in the end.

So, what do you think about my list? Let me know in the comments, and don't forget to tell me who some of your personal favorite villains are! I'd love to hear what you think!