Super Mario 3D World initially released in 2013 for the Nintendo Wii U. Releasing on the same day as The Legend of Zelda: A Link Between Worlds, November 22nd became a day of success for some of the best software of Nintendo's hallmark libraries. Unfortunately for Mario's title, his game sold on a console not loved as much by others.

The Wii U ended up selling far less than Nintendo anticipated and thus, became known as a "failed" console. With the release of the Switch, however, Nintendo has re-released multiple Wii U titles for the Switch in a "Deluxe" edition, such as Mario Kart 8 Deluxe or New Super Mario Bros. U Deluxe. 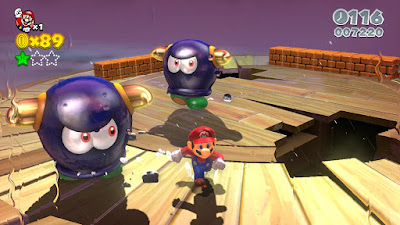 Its successor, Super Mario 3D World, released on Wii U in 2013. 3D World greatly expanded 3D Land's concepts in every way. In doing so, it added more suits, more boss battles, more challenging stages, more playable characters, and even a 4-player co-op mode akin to New Super Mario Bros. U. Unlike the NSMB titles, however, you get Luigi and Peach with their jump abilities from Super Mario Bros. 2! 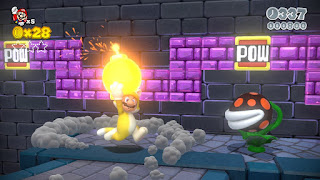 Super Mario 3D World created the recipe for the ultimate Mario game. Both in terms of content and quality, you explored many stages, unlocked even more, and cranked the challenge up with the post-game stages. Mario's 3D debut into an HD world looked incredibly pretty. New mechanics, like Cat Suit and Clear Pipes, continued the evolution train for the series. Super Mario 3D World brought in a ton of wonderful concepts that held Mario stage design to the highest possible standard.

However, we've not had a successor to the title in seven years now. Super Mario Odyssey was undoubtedly successful, but for some players there was "too many moons." This was a collect-a-thon flaw that meant collecting moons for doing almost nothing. Instead of a smaller number of collectible goals, Nintendo cranked up the total moons to 999 just to get the true ending. What's wrong with the number 120, like the Stars and Shine Sprites from its predecessors? It became a quantitative approach, adding more to do without making the game itself necessarily better.

3D World, on the other hand, was consistent quality through and through. One might argue that you would need to beat every stage with all characters to get the final stamps. However, this can be accomplished by adding controllers at the end of each level to speed through them. Furthermore, you get no reward for getting those stamps in the end. The true reward is clearing Champion's Road, the final stage which unlocks once you've collected all the stage stamps, gold goal posts, and Green Stars in the game. 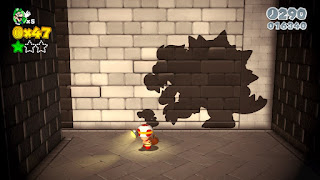 Super Mario 3D World's mechanics shine for Switch gamers experiencing Super Mario Maker 2. For players who missed out, or for those who remember this classic title, Nintendo added 3D World's stage mechanics and aesthetics to their most recent Mario title. For fans of all kinds, this brought forth a clamoring for return to form. Plus, if Nintendo could publish their top Wii U titles to the Switch, what's stopping them from porting Super Mario 3D World? For what could be considered one of the best Mario experiences, there's no reason it can't join the Switch library in a Deluxe edition. Plus, without the need for Gamepad level gimmicks, it will make the experience flow even more smoothly than ever before.

With that said, Super Mario 3D World is more than a theory, but a demand at this point. It already has 5000+ signatures on a change.org petition. Plus, with a rumor indicating a potential release, Super Mario 3D World is at least buzzing around the internet. Furthermore, you can see the list of Wii U ports to Switch here, with The Wonderful 101 now coming to the console. With this momentum keeping alive for 3 years, perhaps it won't be long before Mario's adventure through the Sprixie Kingdom comes to Switch!

What new features would you like to see for Super Mario 3D World on Nintendo Switch? Let us know in the comments below!