Taking a look at: Minetest

Posted by GethN7 on March 01, 2020
By this point, everyone who loves wide-open sandbox games has heard of Minecraft. There are also a lot of games that want to be a successor to its gameplay, and while a lot of competitors vie for the crown, Minetest is one game that makes serious claims to wearing it. Created in 2011, Minetest's development has been chugging along for 9 years.

Minetest is a free, cross-platform, open-source version of Minecraft, more or less. At least, that's the surface impression as both play in a very similar manner. Both feature a world of voxelized graphics in a blocky, pixelated style and allow you to turn your world into a gigantic sandbox for building whatever your imagination can dream up.

But that's where the similarities end.

Minetest bills itself as a HIGHLY modular game, shipping with its own version of Minecraft's Survival mode, although it's in many ways more basic in scope and meant to be further customized with user downloaded modifications. Also, by default, Minetest streamlines the gameplay by removing the need for a crafting bench needed to build more complex items and automatically adds all items drops to your inventory as opposed to forcing the player to pick them up (like in Minecraft). 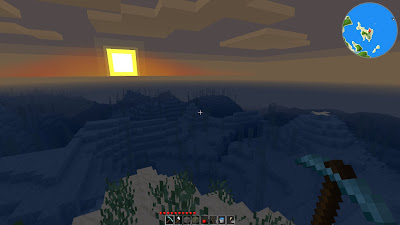 When the gameplay is customized, and the customization is VAST, practically every behavior of the game, down to the smallest technical detail, can be tweaked for whatever experience is possible given your gaming specs on your device. A vanilla Minetest experience plays a lot like the early versions of Minecraft where there are no enemies and it's just a straight-up build and survive simulator. While it features no default "creative" building mode, damage can be completely disabled to turn the default game into a pseudo-Creative mode, where nothing will harm the player at all. There is a feature in recent builds to also turn a game into a regular creative mode.

Mods, which the game supports via Lua scripting, either add new features to the vanilla game, new textures to the game, or entire new game modes with custom graphics and rules. One of which is even a Minecraft "Clone" for those wanting a Minecraft-like experience, albeit a rough around the edges version at the time of this writing. Mods are downloaded via the central servers for the Minetest project and can be added, removed, and updated at any time. 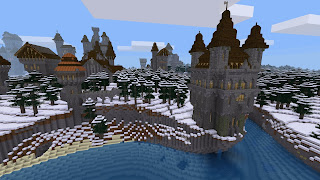 Graphics follow the same basic pixelized style Minecraft uses, and while they can be a bit bland at times, this can be spiced up with the graphical options to give them bump and normal maps, or even entirely new textures can be added instead. Sounds are nothing special, and while most of them fill most basic situations, they are still not much to write home about.

Controls are much like they were in Minecraft, with the pause screen providing an easy reminder of the basics that makes use of the mouse and keyboard and which is not at all hard to learn and use. The user interface is quite basic, but again some mods will add quality of life features to make it even more useful.

Stability is a bit different depending on the platform. While the basic game runs fine out of the box on most platforms and scales well to most hardware, there are some rare crashes at times. Linux users, in particular, may have a more variable experience due to the fact they may need to build from source to use the latest mods and thus their experience will vary greatly due to possible regressions in the game code in their builds.

Note: Users of *nix based platforms may want to install this program via Flatpak, Snap, or other community-based installers as opposed to downloading it via most regular package managers, this will ensure it remains updated to the latest version and thus remains compatible with most mods. 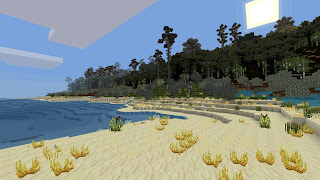 All platforms feature various "stable" releases it is recommended to download the game from if bleeding edge support is not required, but some modifications may require said bleeding edge support for the required functionality. Overall, the game is reasonably stable, and while it can become a memory hog depending on features, the base game tends to run well on any computer or system in general that can acceptably run Minecraft out of the box.

Final Verdict: Recommended
Minetest is a customizable Minecraft for free and considering one can get it for nothing and modify it however they wish, it's a rather fine alternative to Minecraft that costs nothing to play, mod, and otherwise reuse.