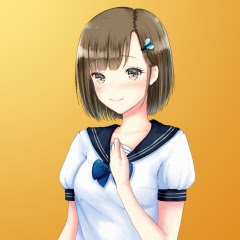 [UPDATE: Liah was able to reach Kingdoms Media LLC and resolve the issue amicably.
Per Liah's tweet "I emailed Kingdom Media after you guys found their contact info. Today Ember Empire responded to me to that email and apologized for selling the avatar on playstation store. They explained that Kingdom Media had no idea about it and that they will be taking it down"]

The Playstation store has a ton of avatars for sale, but one in particular is causing a small stir on Twitter due to it being sold by a company who may not actually own the art being used. It is called an "Anime School Girl Avatar" in the US PSN Store and "Jigsaw Zen - Anime School Girl Avatar" in other regions. This slight naming difference led to a small bit of confusion by the original artist behind the cute anime girl image as she was completely unaware about her art being used in the game Jigsaw Zen. That said, Kingdoms Media LLC is listed as the publisher with Ember Empire being described as the developer of the image. 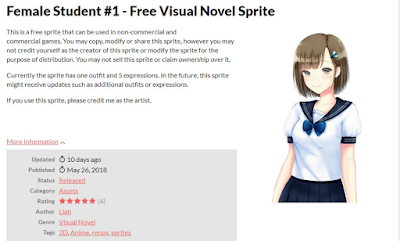 The art was actually created by Liah in May of 2018 according to her Itch.io page on the art. I've included a picture, above, of the page as it doesn't show the upload date if you are not a member of the site. This art was created over a year before Jigsaw Zen was developed so there is no doubt they got the art from Liah's page. The art was slightly altered, an arm moved, for the game release so this may be why Kingdoms Media LLC claimed ownership of the art in question. Thanks to a video from Dino_Roar Gaming you can see the art being shown, at the 1:19 mark, in game. I embedded that video below as well as a screen shot from the section in question. 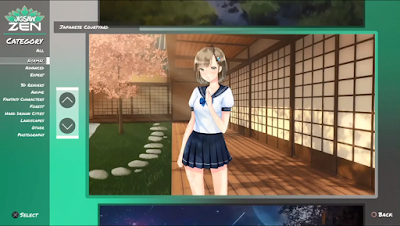 I spoke with Liah via Twitter DMs and she expressed to me that she was only looking to get the avatar pulled from the PSN due to her not being given proper credit. She has reached out to Sony but was instructed to fill out a DMCA form. Liah filled out the form to the best of her ability as Sony was unresponsive when she asked for clarification on a line on the form she couldn't fully understand. Thanks to help from lawyer John E. Grant, Liah was able to understand the procedure she needs to do in order to have Sony take action.

I have reached out to both Sony as well as the art director of Jigsaw Zen but have not received a reply as of writing this article. As this is the kind of thing that needs lots of attention in order to get results, I ask you share this story on all your social media platforms.