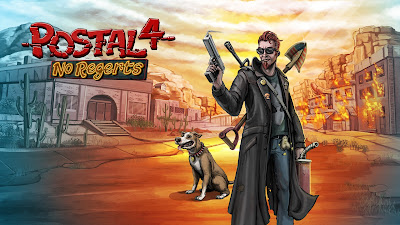 The Postal series is the classic bar setter for being offensive to everyone and, since the second game expansion, those wanting more potentially depraved and inflammatory fun haven't had much to look forward to. Thankfully, Running With Scissors has put their "janky alpha build"
of Postal 4 out on Steam if you want to try their latest adventure as The Dude.

Postal 4 is set a few years after Postal 2: Paradise Lost (there is no Postal 3) and sees The Dude and his dog Champ bumming around with a trailer home. At least they were, until it got stolen while The Dude was busy taking a dump at a rest stop. With no other option, he heads into the local town of Edensin to pick up some cash and find a place to settle down again. 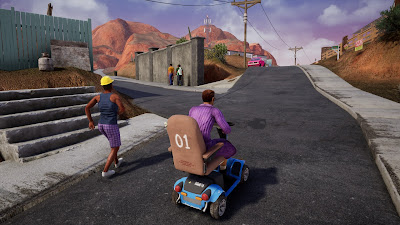 This game is in Early Access, and while it has the typical week of things to do like in Postal 2, only one day, as well as a fair chunk of the Edensin world map, is available,. Regardless, a lot of the basics of Postal gameplay are already present. This game is now powered by the Unreal 4 Engine, and since the developers are still unused to its quirks, the current alpha build exists to allow people to submit bug reports so they can eventually release the rest of the game.

Graphics are best described as "Neo-Retro", as Edensin resembles a dusty Arizona town like Paradise in Postal 2, only somewhat less run-down with shades of Las Vegas in it's more well-off regions. As such, the colors are a lot more vibrant and the game has comic book-like filtering that makes the cynical realism of the world have a cartoonish look. Character modeling is somewhat more expressive due to the better engine as well. 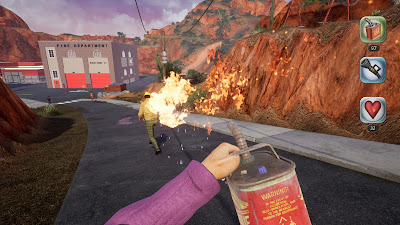 Sound isn't much different from Postal 2, with some imported sound effects and voice clips from that game, though there is some new dialogue that fits the quirky, snarky style of the Postal series. More importantly, The Dude is now voiced by Jon St. Jon! The voice of Duke Nukem brings new life to The Dude, which many will find to be a welcome change from the previous voice actor Rick Hunter. That said, Jon is not terrible in the role, giving The Dude a laid back and casually sociopathic attitude that fits the character well. 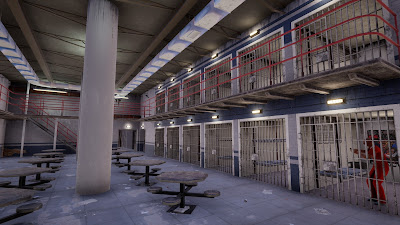 Controls are much like they were in Postal 2, and since rebinding keys are still being worked on, it's still mostly a keyboard and mouse-driven game. While the control scheme will feel familiar to Postal 2 veterans, it does feel a bit unintuitive. An early example of unhelpfulness is an early quest to use a marker to make a sign on some cardboard, the game prompts and controls do not help explain that you need to press Enter with the cardboard sign to write on it.

Stability is not all that bad from my experience, and while load times are a tad janky and response times for certain inputs a bit slow, the Postal 4 world generally works fine, though there are a lot of floating objects and some visual weirdness with certain textures. 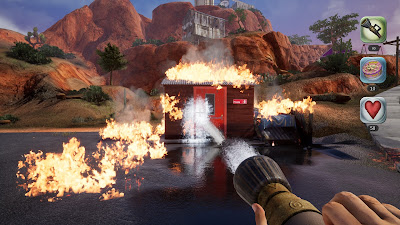 Final Verdict: Recommended
Postal 4 is still worth some fun even in "janky alpha build" status, but it's clear it has a lot of rough edges that will need extensive honing until it can be a proper game, so if you are willing to accept this will be a work in progress, it's worth buying now, especially if you want to help the developers with bug testing.

*All images courtesy of Running With Scissors