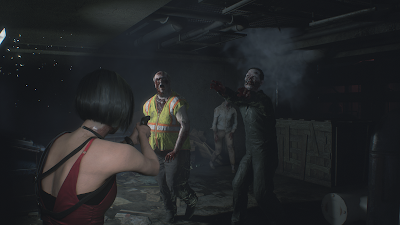 With Resident Evil 2, you'll get the over-the-shoulder perspective used in modern titles. However, the use of lighting, sound, and positioning of enemies sets it apart from any game from previous eras. The realistic detail captures facial animations well.  This gorgeous animation is made only possible through the RE Engine. As far as music goes, you have the choice of the remake's arrangements or the original 1998 soundtrack. With that being said, you can get the Classic version's soundtrack via DLC if you love the original melodies.

Resident Evil 2's storyline takes place in 1998 in Raccoon City. Two months after the events of Resident Evil, the story features rookie cop, Leon Kennedy, on his first day on the job. It also features Claire Redfield searching for her brother, Chris. The two meet in Raccoon City while being attacked by zombies. Shortly after being separated, the two embark on their own, isolated adventure through the Raccoon Police Department. Searching for clues on how to escape, they come across a conspiracy which trails back to the pharmaceutical giant, Umbrella Corporation. 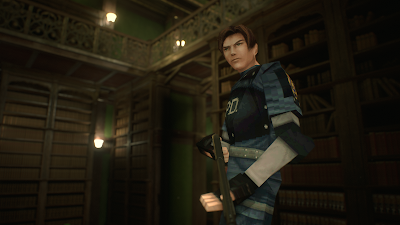 The game blends new and old elements seamlessly. Resident Evil utilizes the over-the-shoulder perspective introduced in Resident Evil 4. However, you're now stuck in tight, dark corridors with limited vision ahead of you. Monsters, be it Zombies, Lickers, or others could be around the corner and you would only know either by entering them or luring them out with loud gunfire. Gone are the fixed camera angles which allows enemies to hide behind surfaces of any kind. As opposed to Resident Evil 4, 5, and 6, this feels more like standard survival horror.

You can equip various weapons - mainly firearms - as you progress and explore your surroundings. You can opt for headshots against zombies or even leg-shots to sever their limbs and weaken them greatly. This option allows you to explore while preserving ammo. However, not all monster types will go down so easily. You'll need to procure supplies and use them wisely.

Along the way, you'll solve clever puzzles. Much of this includes traveling back-and-forth between the RPD (Raccoon Police Department) or the other surrounding locales. You'll collect puzzle pieces or keys, move objects to their needed locations, or even create chemicals. Note that once you clear a goal, you'll likely get ambushed by monsters. Always be prepared. 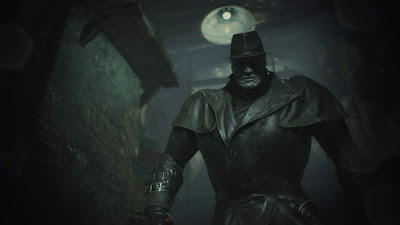 The remake completely changes the horror game. Once you encounter the Tyrant monster, he will pursue you around the RPD. You'll be forced to escape this invincible monster all while solving puzzles before you can escape. This juggernaut can only be briefly stunned by your attacks, giving you little room for error. Only by advancing the story to a certain point will you be able to shake him and explore the area in peace.

Once you clear the game, you'll unlock new modes. These include side-stories involving other characters, such as the mercenary known as Hunk. These gauntlet modes feature hordes of enemies attacking you while you try to escape to safety. They're also more difficult than the main game. Clearing these objectives rewards you with Trophies as well as unlockable art in your Gallery! 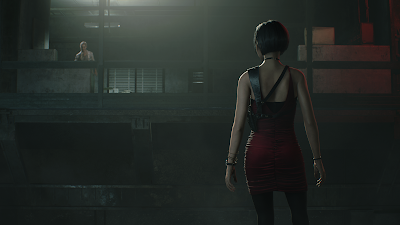 Overall, I found Resident Evil 2's remake to succeed the original in every possible way. The lighting and camera angles bring out the true element of survival horror and the addition of Tyrant gives you  a reason to stay on guard through large chunks of the game. As a huge fan of the original game, I feel this brought forth the evolution of the series in the most beautiful way possible.

I cannot stress enough how much I enjoyed the new ways to take down enemies, the new script, the dialogue, and all the elements coming together perfectly. The visuals and sound create the perfect atmosphere while the game ebbs and flows between its peaceful moments and its dire ones.

Each story features over 8 hours of exploration and combat, both of which are paced incredibly well and also feature some new areas. For any fan of the original game or those playing for the first time, Resident Evil 2 stands as one of the best titles released this generation. 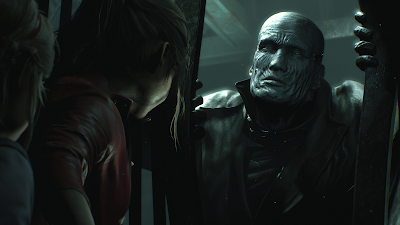 *All screenshots and art courtesy of Capcom