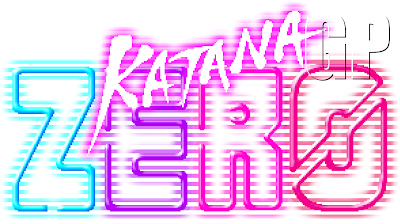 Katana Zero is a 2D action stealth game developed by Devolver Digital and published by Askiisoft. You may remember them as the publishers of Hotline Miami. Starring a mysterious Samurai, you embark on missions to carry out hits and kill many, many people. Sneaking around, blocking bullets, and creating bloodbaths are only just part of the fun. The game is available for Nintendo Switch and PC. Currently, the digital version sells for $14.99.

In Katana Zero you play as an assassin taking missions to kill various people. Dressed in a bathrobe, sword, and a samurai hairstyle you set out to fulfill your missions before you come back to your low-rent apartment. You'll get to interact with characters each night you come home as well.

One of the standout points of this game include its characters and dialogue. Laced with a touch of humor and tons of strong language, Katana Zero's characters will not pull punches when confronting you. Among the noteworthy characters include you (assassin), another assassin who seeks revenge, a crime boss who talks down to you and tortures you, and even a little girl whom you befriend. 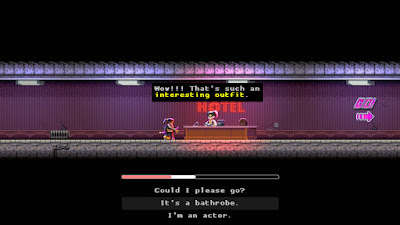 Katana Zero's story is nothing short of convoluted. You'll see flashbacks, nightmares, and even time-skips. This all comes together due to the Chronos, a special drug central to the game's plot. You'll eventually piece it together, but not before spending a good hour confused on the story.

Katana Zero's gameplay reminds me greatly of games like Ninja Five-O and Rolling Thunder, which feature stealth mechanics in a 2D setting. Getting shot means dying instantly. However, time rewinds every time you do it, allowing you to reset that part of the act. Unfortunately, some of the mission segments can be a bit long. Die, and you'll have to start all the way back to the beginning of the segment. It's the one issue I really had with the design.

In this game you get your missions from a Psychiatrist who plays a vital role in the story. You'll even unlock a secret encounter with him if you follow the right routes till the end of the game, which is both an Easter Egg and an extra challenge! 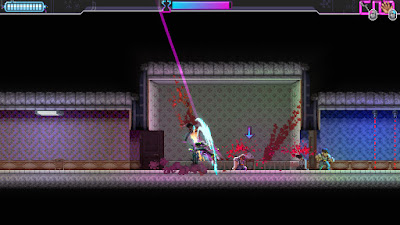 With that said, I enjoyed the action and stage design. Not too much changes besides some of the traps and enemy types. You'll block bullets, slow down time, roll past enemies, and even melt them with laser beams. For a game only 3+ hours long, it's worth the $10-$15 you can drop on it. Plus you'll get to look forward to upcoming DLC in the future!

The title features pixelated characters with detailed animations.You'll splash blood across walls and floors, watch characters get dismembered during cutscenes, and even make use of some wicked time-slowing mechanics. Since your missions are recorded on VHS video, you'll see some static and other visual effects that accompany your missions. The synthwave soundtrack offers some killer beats. Some of the music really stood out. One particular favorite was "Breath of a Serpent." 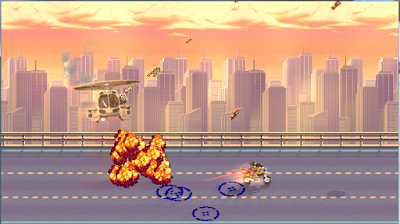 Final Verdict: Recommended
This indie game featured a showcase at The Game Awards 2019. This was followed by an indie game sale which featured Katana Zero. As someone who was hopelessly curious, I decided to buy it. Thanks to The Game Awards, I picked up a title I would have never noticed otherwise! I can safely recommend this to Switch owners with a preference for 2D gaming, solid narrative, stealth, and lots of blood and gore.

Do you plan on trying Katana Zero? What appeals to you the most from what you've seen or read? Let us know in the comments below! As always, be sure to share this on all your social media platforms if you feel it is worthy of you doing so.