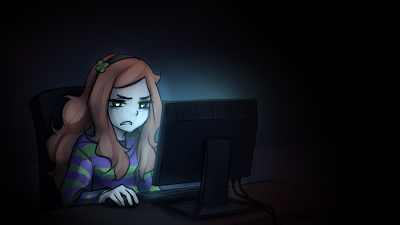 When I was just a wee lad of twelve a local Chicago station began airing anime, still called Japanimation at the time, late night on Fridays. Despite having seen every Japanimation series that came over to the US during the 80's I, like many others, didn't realize those kid friendly cartoons were the same thing as the wild, uncensored, blood and sex filled animated movies airing on this local station. The members of my peer group were no longer talking about the newest episodes of the Teenage Mutant Ninja Turtles; we were talking about Fist of the North Star and Wicked City.

This late night airing of Japanimation would go on for two months before it suddenly disappeared, the time slot now filled with episodes of the Howard Stern Show. As enjoyable as that show was back in the day, we all wanted our Japanimation back. About four months would go by before the station would once again air Japanimation late Friday night, however this time the movies and shows were heavily censored. The blood and boobs hidden behind weird mosaics and black bars. Most of my friends would stop watching but I would still occasionally tune in to see what was playing.

After this brush with Japanimation I wanted more. Every chance I had I would pick up some Japanimation VHS tape from the mall and watch it endlessly. Grave of the Fireflies, MD Geist, Ninja Scroll, Doomed Megaopolis, Akira, Roujin Z, Romance of the Three Kingdoms...If it was in the Japanimation section of Suncoast Video then I was going to watch it. As the years passed I tried to keep up with all the latest movies and series coming out of Japan but life has a funny way of changing your plans for you. I've missed so many good movies and shows that I am barely able to talk anime, as it is now called for some ungodly reason, with people online without sounding like a dink.

That said, this Oldtaku has decided to jump back into the world of "anime"  and write a weekly column on it. I won't be going in with the years of manga knowledge most of you posses nor will I be in any way researching the shows and movies I watch beforehand. I want to experience today's anime, and some anime from years gone by that I missed, the way I first experienced Japanimation as a teen, completely unprepared for the awesomeness! Since I will be talking about things from the perspective of someone who grew up watching Vampire Hunter D not Dragon Ball Z, you will get a chance to travel back to a simpler time and just enjoy things without all the political and social drama. I think that about covers what this weekly column will be, so come back next week as I tell you my thoughts on Baki the Grappler.

Oh yeah, if you have any suggestions for movies of shows I should check out feel free to leave them in the comment section below or shoot them over to me on Twitter.