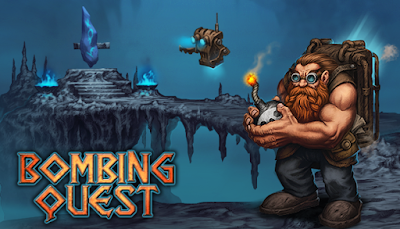 *Editor's note: A Steam key was provided by the developer for this pre-release article.

I've always loved the classic Bomberman games. They weren't all that deep, but they were pretty addictive as action/puzzle games. On March 4, 2020, Team Puh promises to bring us more gameplay like that on Steam but with a fantasy twist.

The game starts you off in a dungeon as a dwarf with no memory. Your only companions are a backpack that produces bombs and a support drone that serves as your sidekick and teaches you the base game mechanics. There is also a great evil you need to stop. This involves traveling around to different places, getting quests, and saving the world, one top-down level of bombing bad guys at a time. 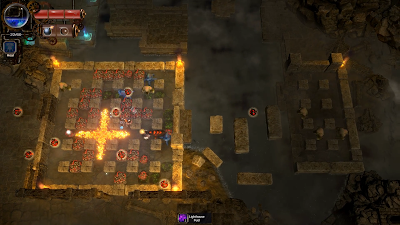 Bombing Quest is made in the Unity Engine, and it's not really optimized. The user interface is a bit clunky to navigate. Mouse control is not included, keyboard controls work fine but it's intended to work with controllers. The load times are kinda slow as well, so it needs a bit of polish in the performance department.

The visuals are pretty far on the shady side of dark-toned and while this makes dungeons look great, even the brighter areas look subdued. I was severely tempted to turn up my monitor's brightness at times because it was so dark in certain spots, especially in menus. 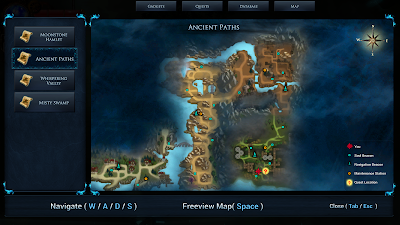 The controls were promising, based on a WASD directional scheme like most games with simple bomb-placing mechanics. Unlike the classic Bomberman games where you generally died in one hit, you are a bit more durable in Bombing Quest. You can even heal your limited life bar by collecting energy from downed foes. You can acquire upgrades for your bombing skills and equip them in the player menu as well. 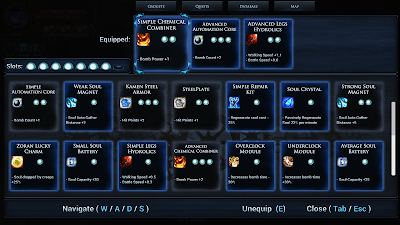 Sound is subdued for the most part except for the "battles", which is when it gets tense. Otherwise, the music won't win awards for being overly original but sets the "steampunk fantasy" tone the game is going for pretty nicely.

On the whole, it gave me a lot of pleasant nostalgia and with some polish would be a fine choice for Bomberman fans wanting another game in that vein to blow things up in when it releases. For a look at the game in action you can check out the trailer below. Be sure to let us know in the comments if you plan on picking this game up or if this is a hard pass. As always, we would appreciate it if you shared this on all your social media.


*All screen shots are courtesy of Team Puh