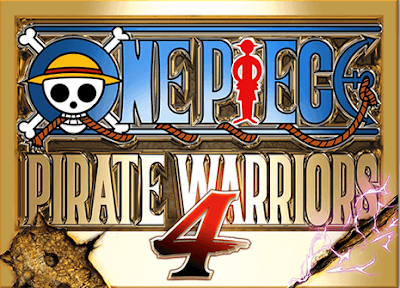 One Piece: Pirate Warriors 4 is coming to PS4, Xbox One, Switch, and PC on March 26, 2020 and it is looking to be bigger and badder than ever. When it comes to the bigger part, not many pirates are bigger than Charlotte Linlin AKA Big Mom, the 29 foot captain of the Big Mom Pirates. Wielding the powers of Zeus and Prometheus, Big Mom is considered one of the four most powerful pirates in the world! 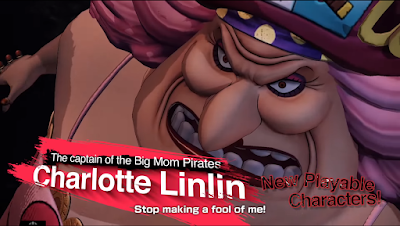 As big as Big Mom is, she isn't as bad as Kaido the "Strongest Creature in the World." Kaido, The Governor-General of the Beasts Pirates, is also considered one of the four most powerful pirates on the planet. This may have to do with Kaido's giant size and monstrous looks. Or, this may be because of his ability to transform into a fire breathing dragon! 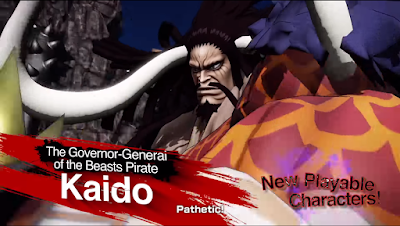 Now, these two new characters are not the only new things being added to Pirate Warriors 4. First off, the character count is increasing to 40+ from last game's 37. The amount of story missions is going from a small 23 to a whopping 34. These 34 missions will cover the Alabasta arc, the Eniesu Lobby arc, the Marineford arc, the New World Saga arc, the WCI arc, and an original, game exclusive Wano Kuni arc. Additionally, the Sabaody Archipelago arc will be included in the Marineford arc and the Dressrosa arc will be included in the New World Saga arc. This will be the most complete One Piece game to date. There is also going to be a new Titan Mode, but we don't have much info on it at this time. 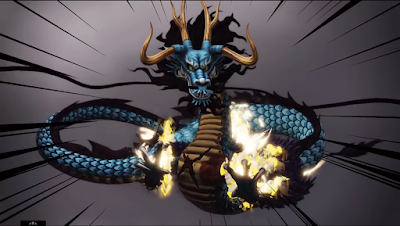 As a big fan of hack and slash games and One Piece, I am looking forward to giving One Piece: Pirate Warriors 4 a spin. If you are curious what Big Mom and Kaido look like in action, then check out the trailer below. As always, as soon as we get new info on the game we will be sure to do our best to keep you all informed.