All ages version of Baldr Sky released on Steam, lead translator explains why

On December 20, 2019 Baldr Sky made its way onto the Steam store for $49.99, $44.99 until the 27th of December. Fans who had eagerly awaited the title coming over to the US were upset that the game had its hentai scenes removed from the Steam version. Along with the removal of the adult scenes, dialogue referencing said scenes were altered so as to not disrupt the narrative flow. As expected many people were looking for someone to blame for this censorship and many started pointing the finger at Valve. While it is easy to assume Valve is behind this move due to their history of censorship and "rogue" employees banning games and developers it seems Valve is off the hook in this particular instance.


I'm the lead translator on this project. Your article is rooted in pure fabrication. Valve had no involvement in content decisions for this release. We worked with Giga to create a version of the game that conformed to their vision for a western release.
— Steiner (@DistantValhalla) December 20, 2019

I will save you the trouble of reading the original article that the Baldr Sky lead translator was responding to and give you the point of contention. The article heavily implied that Baldr Sky was either censored at the behest of Valve or preemptively censored to appease Valve. The article would get an update painting the lead translator as less than honest and not having any real insight into how things work. In an unprecedented act of journalism I actually reached out to the lead translator and asked about the situation. 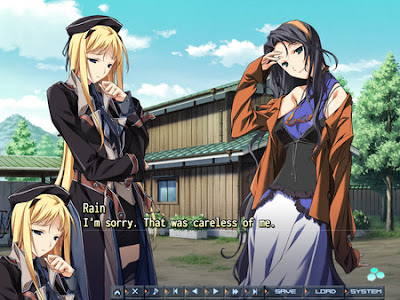 According to the lead translator Steiner, "Valve had nothing to do with the cuts made to Baldr Sky." When pressed further for evidence, I was told "I don't really know what kind of evidence I could provide in this case. My statement is made representative of the company. The changes to Baldr Sky's content were part of the licensing agreement with the Japanese company, so they were part of the negotiations before Valve's review process came into the picture." Pressing Steiner further on the subject I asked if it was based on an all ages version being cheaper to license than a 18+ version and was a bit stunned by his reply. "No, unfortunately Giga is just not interested in an R18 western release of their properties."

So it seems like Giga is just not interested in a 18+ Western version of their games. Steiner offered a bit of insight into why Giga would feel this way. "Don't think anything was specified, but a lot of companies are gravitating away from that nowadays. Type Moon tries its best to ignore that Fate/Stay Night was originally an eroge, and even Leaf wants everyone to forget that Utawarerumono had porn in it once as well. It's more of a recent market trend." Steiner agreed that is was probably an attempt to capture a wider audience as many of these games have well written stories and good gameplay, so their is no need to use pornographic scenes as a hook to get people to buy them.

There is an unofficial 18+ patch available for Baldr Sky but I can't link to it due to Google's insane rules. If you are curious about Baldr Sky, I have embedded a gameplay video below so you can check it out. If there is interest, then I will get one of the Geek Getaway staff members to play and review the game.