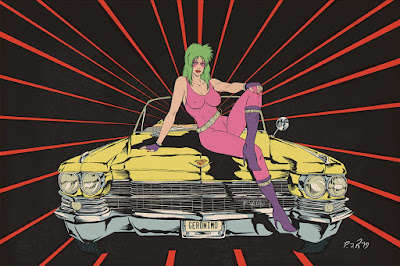 Pablo Romero is making art!
I recently became aware of Pablo thanks to one of the people I follow on Twitter retweeted some of his art. Along with comic book and 80's styled artwork, Pablo also does art based on various video games. I talked to Pablo and he was cool with The Geek Getaway featuring some of his art on our site, so today's Gaming News Round Up is going to feature various works from Pablo. He does commissions, so you should hit him up if you like the art you see here. You can follow him on Twitter, Facebook, Instagram, and/or Patreon. Some of Pablo's art is NSFW, so you should be careful when checking out his work. 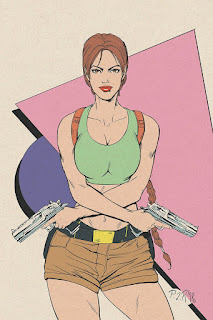 Square Enix is having a big Black Friday sale!
The annual “Red & Black Friday Sale” kicked off on November 22, 2019. The sale runs through December 3 and gamers will be able to pick up discounts on some of Square Enix's most popular games. While gamers will get decent deals by shopping on the PS Store or Microsoft Store, they will get even better deals shopping directly from Square Enix's web store.
Langrisser I & II are getting a remaster release in 2020!
The classic SRPG games are coming to PS4, Nintendo Switch, and Steam on March 10th in North America, March 13th in Europe, and March 20th in Oceania. NISA is handling the remaster and you can follow the game on the official site here. For those who have never heard of Langrisser, it may be because in North American it was renamed Warsong. A comparison trailer has been released comparing the remaster with the old version and you can see it just below.

Snack World: The Dungeon Crawl - Gold coming in 2020
High fantasy, comedy, and advanced tech collide in this new RPG from Level 5. In this roguelike dungeon crawling adventure, you are trying to restore order to the land of Tutti-Frutti while also collecting epic treasures. The game will release on the Nintendo Switch on February 14, 2020. More details can be found on the official website here. 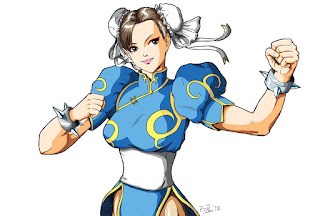 Blizzard still loves China
It has been recently revealed that Blizzard is once again trying to win over the Chinese government. This time Blizzard is doing it to get the Call of Duty Mobile game into the phones of Chinese citizens. Even with the new restrictions on children playing games in China, Blizzard feels their money is more important than their current fans outside of the Communist hell hole. Vara Dark from Dark Titan Enterprises did a great video on the subject and I will include it below.