Strike Force Kitty is available on Nintendo Switch for $4.99

Strike Force Kitty, developed by Deqaf Studio and published by No Gravity Games, is out now for the Nintendo Switch. The game is on sale for $3.99 until December 12, 2019. After that, the game will go back to the regular price of $4.99. You can get an additional discount on Strike Force Kitty, now or after the initial sale ends, by owning any previous No Gravity Games titles. These titles, for those unfamiliar with No Gravity Games, are Exorder, Dream Alone, Pirates: All Aboard!, Rawr-Off, and Nonograms Prophecy. If the game sounds familiar, it's because it was released on Steam in February of 2018. 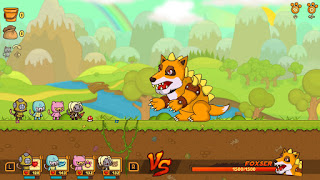 Strike Force Kitty is a humorous 2D platform game that has you controlling a group of 4 kittens on a quest to rescue a princess. Along the way you will be able to power up your kittens with artifacts, costumes, and special team combinations. Strike Force Kitty combines platforming, light RPG elements, and silly humor to make something rather unique. The game has over 350 costumes(that reference various bits of pop culture media), 30+ artifacts, 100+ special team combinations, and is available in 13 different languages. With a look very reminiscent of Scribblenauts and plenty of charm, Strike Force Kitty will keep cat, and video game, lovers entertained for hours.