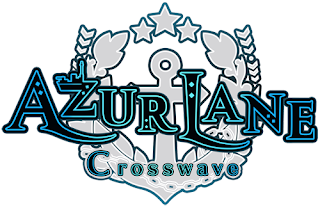 As fans of the shipgirl series already know, Azur Lane Crosswave will be heading to Western PS4s and PCs via Steam in 2020. You can currently pre-order a physical copy of Azur Lane Crosswave from Limited Run. Limited Run is offering a Standard Edition for $49.99 and Limited Edition for $99.99. The Standard Edition is just a physical copy of the game while the Limited Edition features a physical copy of the game along with a steel game case, a “Nautical Debriefing” hardcover art book (96 pages), the official soundtrack (16 tracks), a Shimakaze figure, a 2 inch enamel pin set (Javelin, Suruga, Ayanami), a Sakura Empire standee (featuring Takao, Atago, and Yamashiro), a reversible cover sleeve, and a collector’s box. Azur Lane is a fun 2D sidescrolling shoot 'em up available on mobile devices. Azur Lane also features many side activities, including dating and marrying the shipgirls, beyond the 2D shooter aspects. It will be interesting to see if this gameplay combo will hold up in the transition to 3D. As soon as we here at the Geek Getaway get a chance to take Azur Lane Crosswave for a spin we will be sure to report back to all of you. In the meantime you can look at the official key features of the game and watch the preview trailer below. 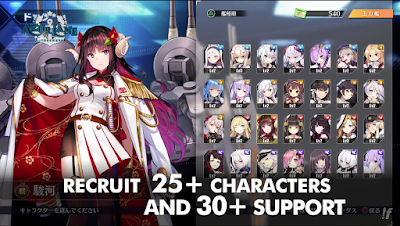 Key FeaturesRetrofitted in 3D – Azur Lane mobile, the beloved side-scrolling shooter, is now retrofitted for the PlayStation®4 as a cel-shaded, 3D action shooter with the help of Unreal Engine! Choose from 25+ characters and 30+ support characters to help lead your fleet to victory. Azur Lane: Crosswave also introduces 2 brand-new playable characters, Shimakaze and Suruga!


Arm Your Armada – Before setting sail, beef up your characters by equipping them with rare items found after a successful battle or by crafting items at Akashi’s Laboratory. Here, Commanders can exchange blueprints to create new gear, convert materials into rare items, and earn rewards. Experiment with different fleet arrangements to gain special Fleet Effects that can provide in-game stat bonuses.


Ready, Aim, Fire - In Azur Lane: Crosswave, you can now control, aim, and fire at incoming battleships, aircraft carriers, and other enemies. Depending on the character’s subtype, players can dash to evade attacks or activate defensive shields, unleash torpedoes or aircrafts, and switch-on character-specific special attacks to defeat unruly enemies!