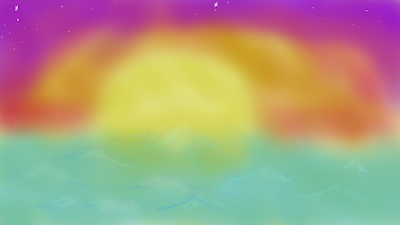 *[Editor's note: This article was updated to add a picture, improve readability, and clarify some statements.]

These arguments are not designed to solve or highlight any actual problems. On the contrary, these arguments create problems which allow diversity hustlers to continue their grift. After all, what good is a solution, even a fake one, if there is no problem to solve? As the sole holder of that solution diversity hustlers convince useful idiots that they are in fact needed. It is nothing more than modern day snake oil salesmen. To highlight just how absurd these arguments are, and to expose the grift, I will look at each one closer and expose the ugly truth. I will start by discussing "reflecting reality" in video games.

"Video games should reflect reality"
This is by far the most absurd argument diversity hustlers make. First off, video games are not meant to be a reflection of the real world. Often times they don't even take place in the real world. So in actuality, this argument can only be applied to a small handful of games. These games that do set themselves in digitized versions of real locations have yet to reach a technological point that they can accurately reflect the real world. This doesn't actually matter because the argument is not for actual reality to be reflected but rather for a pseudo "reality" to be reflected. A "reality" that offers gender, racial, and sexual orientation parity to everyone.

Diversity hustlers don't care what year or location a game is set, as all times and locations are suitable options for forced diversity. Forced diversity that destroys history, alters reality, and panders to a group who are never satisfied. They do this while patting themselves on the back, cashing their consultation checks, and declaring there is more work to be done. There is always more work to be done.

That said, video games taking place in 1920's Germany should not have openly gay men sauntering down the street past Mexican bakeries and Japanese kimono shops. While 1920's Germany may have had openly gay men, they surely didn't have kimono shops and Mexican bakeries. American Civil War recreations should not feature female generals ordering battalions of disabled Chinese soldiers to charge the enemy. African tribal chiefs should not consult trans species other kin advisors.

"That's a good point", the diversity hustlers may say of my argument before adding "But what about games that take place in contemporary America? Those absolutely need to reflect reality!" Again, the cry to "reflect reality" doesn't actually mean to reflect reality but to show their aforementioned pseudo "reality." Women may make up 50% of the world population and about 51% of the American population but those numbers aren't applicable to the majority of video games set in the real world. Let's look at war games for an example of why diversity hustlers trying to apply this 50% female world population on to a situation that doesn't warrant it is completely pants on your head retarded.
According to the data from 2016, women are not 50% of the US Armed forces as a whole and not even in a single branch of the US Military. Now, I am not here to offer any reasons as to why these numbers are what they are and frankly I don't see a problem with them being what they are. Women are free to join or not join the armed forces as they see fit. That said, asking a video game developer to "reflect reality" and simultaneously demand that 50% of the soldiers in Call of Duty be female because the US population is 50% female is ludicrous. You might not see diversity hustlers make this exact argument, but they do make similar ones. Arguments with less data available to expose their stupidity.

Reality becomes even further strained when you start to talk about the alphabet people. First and foremost, most video game characters don't go around announcing their sexual orientation, gender pronouns, or trans status. So, we have 0 clue about any of these things in regards to 99.99% of video game characters. Yet, diversity hustlers will tell you that we need more alphabet people in video games to "reflect reality." The actual reality is the alphabet people make up about 1% of the US population. The reality is they are currently over represented in video games. That is to say nothing of the characters who show no indication of being one way or the other. Don't assume anyone's gender, sexual orientation, or trans status you bigoted diversity hustlers! All jokes aside, there really is no reason to even address these issues in 99.99% of games because they have 0 bearing on the plot or gameplay.

Racial diversity is another thing diversity hustlers push as needing to reflect reality but again they refuse to talk about actual reality. White people are currently the majority in the US and many European countries. Video games taking place in any of those countries are expected to reflect this reality, yet I have seen calls for non white protagonist and NPCs to be forced into many of these games. The reason is simple, diversity hustlers can not admit what reality actually looks like or else they would be out of a grift. So, the fact that almost 0% of the population of Sweden is Latino makes no difference because the "reality" is there are many Latinos in the world.

The ugly truth about reflecting reality in video games is actual reality conflicts with pseudo "reality." This always results in the diversity hustlers dismissing the actual facts for their distorted views of the world around them. No amount of diversity in video games will satisfy them because they are not after a solution. They are after money and power trying to solve a nonexistent problem. Diversity hustlers are garbage human beings with no redeeming qualities. "Reflecting reality" is just code for "add more non straight white men" and not to actually reflect reality. Video games already reflect reality, where applicable, and this is the only problem diversity hustlers want to solve.