[Editor's note: Article was edited to include better images]
Code Vein is the newest entry into the action role-play game genre. It was developed and published by Bandai Namco Entertainment. Code Vein was released for the Playstation 4, Xbox One and PC on September 27, 2019 with a $59.99 price tag for the Standard Edition and a $79.99 price tag for the Deluxe Edition which includes the Season Pass, Alternate Mia Set and the Insatiable Bloodthirst Accessory Set.

Code Vein is set in a post-apocalyptic world which is inhabited by a secret society known as Vein. Vein is run by Revenants, immortal creatures who were once humans but now have unimaginable abilities, that battle over diminishing blood supplies. Being a Revenant is not without its drawbacks as they must control their vampiric desires or be turned into a cannibalistic creature called a Lost.You play the game as a Revenant whose potential is greater than normal. 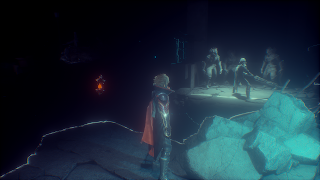 The game starts off in a typical fashion, you awaken with no memory of your past. As the story progresses you learn more about yourself and your companions. You will meet many characters with unique plots and each one possesses one of a variety of combat styles called 'Blood Codes'. Your character does not posses one specific Blood Code, unlike most characters you will meet, so you have the freedom to use any you find however you see fit. I truly feel the way the story is presented and paced is really well done.

Code Vein has some gameplay mechanics, such as the Blood Code and Gifts system, that are very innovative for the genre. These systems come together to form a flexible class system that you can access from anywhere at almost any time. With just a few simple clicks you can switch your class and playstyle. This is the main aspect of the title that really drew me in. Lots of games promise flexible systems for combat yet it never turns out the way you would expect. Namco Bandai nailed this often undelivered flexible system in Code Vein. With 34 Blood Codes and over 100 gifts the number of combinations that you can use feels endless. As a new player this can feel overwhelming but the game doesn't force you to continuously change your playstyle. You can even utilize the skills you prefer the whole way through, although it may be difficult at times if you do so.

I think they went for a bold approach with the Blood Codes and Gifts system but they definitely went for quantity over quality which is a bit disappointing. I think the combat is alright but it is very unpolished. In such a competitive market I was expecting a more fine tuned experience. I also wish that the combat felt more challenging. As you are grind through mobs of enemies in the open areas of the game is too forgiving in regards to dying. Death is just not impactful at all, mainly due to the fact you never truly die, and was a big letdown. One area of combat that the game excelled in was the boss fights. These encounters did not disappoint me. Boss fights are fast paced and brutal. Each hit was awful to endure. However, the best part about these encounters is how they feel impactful. You never feel as if it was a fight you would have rather avoided. 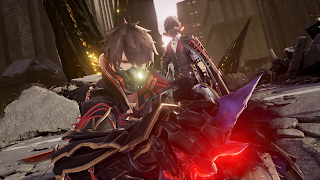 Obviously, I can't ignore how visually stunning this game is at times. Now, I will admit that some of the environments are dull and visually bleak but it works as the game is set in a dark and grungy world with little left to love. The character designs are what will take your breath away. I really enjoyed the unique anime-like visuals they chose as it is not an approach we see that often. I love the variations of characters and you will never find two that look similar.

Overall, Code Vein takes heavy inspiration from other games in its genre but I think it is unique enough to stand the test of time. It is nothing short of enjoyable. An average playthrough will last over 40 hours which I think it is definitely worth the $60 price. Even though some elements of the game aren't perfect, I look forward to replaying it and learning new gameplay styles.


*All images courtesy of Bandai Namco