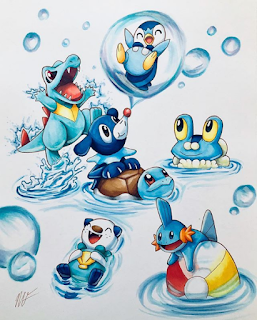 FF8 Remastered: What does remastered really mean?
There is quite a debate among video game reviewers and gamers as to whether the Final Fantasy VIII Remastered is nothing more than a glorified port. People like Vara Dark argue the "remaster" of FF8 falls far short of the expectations gamers have when they hear the word remaster. Meanwhile, places like Kotaku are praising the game as the best way to play FF8. The lack of extras in this remaster can easily be explained by looking to the words of FF8 Remastered director Yoshinori Kitase. According to Kitase in an interview with Famitsu, interview is in Japanese, the initial plan was to just port FF8 over to current generation consoles and PC as is.

GhostWire: Tokyo Creative Director Ikumi Nakamura Resigns
Ikumi Nakamura announced on Twitter she had resigned from Tango Gameworks. Ikumi saying, "After nine years as creative director and art director at Tango and Zenimax, I felt here is one of ends of the journeys. I learned from the talented people I’ve worked with and I respect. Contact me if anyone wants to work with me!” Ikumi had just taken the mantle of leadership of Tango Gamesworks at this year's E3. Additionally, she was trending on Twitter and became many a gamer's favorite meme following her appearance. As she was heavily involved in the creation of GhostWire: Tokyo there is no word how her departure will affect the game. 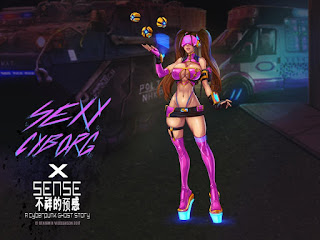 Naomi "SexyCyborg" Wu lands a role in an upcoming game
You may remember Wu as the pretty Asian tech girl who was targeted by Vice and other "journalist" for daring to use her good looks to inspire women to get into STEM. Wu, will be featured as a character in the upcoming Sense - 不祥的预感 [A Cyberpunk Ghost Story]. The Geek Getaway staff is currently playing the Sense - 不祥的预感 [A Cyberpunk Ghost Story] demo and will have our 1st impressions out later this week.

Today's fan art is from Nafs_Creative_Corner
The account holder is self described as "An animal lover, who also loves games, animation, and comics." The Nafs_Creative_Corner account was created for "the sole purpose to keep up with and improve my art skills." From what I have seen on the page, the account holder is doing a fantastic job and I can't wait to see what they can do in the future. If you know a content creator or artist who we should highlight at The Geek Getaway feel free to reach out to me on Twitter or leave a comment on this post.