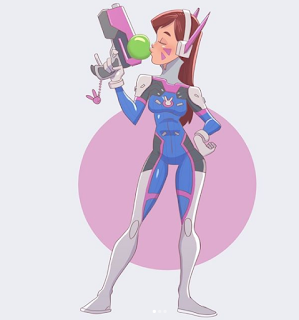 Today's video game fan art is from KidKong @kdkng
KidKong is a Swiss artist who doesn't just draw for fun, he also does commisions.So, if you are looking for something special you should hit him up on Twitter or Instagram.