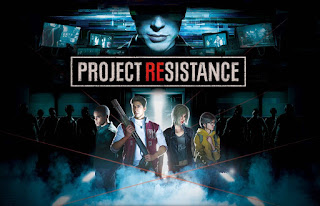 On September 11th, 2019 Capcom unveiled new details for Project  Resistance at the Tokyo Games Show. At the show we learned that Project Resistance is just the working title for the game and the name may change between now and release. The game will be made available on PS4, Xbox One X, and PC via Steam. The game is being made in partnership with Neobards Entertainment using the proprietary RE Engine. Xbox Insider Program members and RE Ambassadors will be eligible for a chance to participate in the Project Resistance closed beta on PlayStation 4 and Xbox One. The closed beta will run from October 4 through October 7. Registration will be open between Sept. 11 and 18 at https://www.project-resistance.com/en/. More details on Project Resistance and the closed beta will be revealed at a later date. 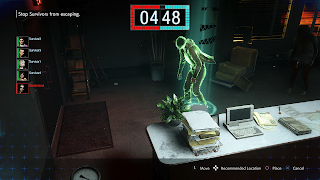 The game itself is an online 4 vs 1 survival game within the Resident Evil universe. That's right, it will pit 4 players/survivors vs. 1 player/mastermind. The survivors are tracked by the Mastermind via a system of cameras. The Mastermind attempts to kill or impede the survivors by using a strategic deck of cards. Each card will have a unique property like weaponizing the cameras, summoning enemies, setting a trap, or manipulating the environment. Additionally, the Mastermind can directly control the zombies in play, including stepping into the shoes of a Tyrant! 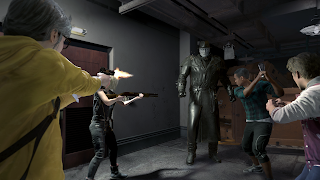 The survivors for there part must escape within a set amount of time or find themselves forever trapped in this crazy zombie experiment. The survivors will work together to solve puzzles, fend off enemies, and overcome the traps and obstacles placed by the Mastermind. Each survivor will have a unique skill to help overcome the challenges set before them but there is no word if that is limited to just 4 unique skills or if there will be several skills to choose from. We also don't know if each unique skill is tied to a particular survivor or if you get to choose your role before each match. 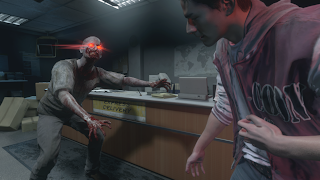 This is all we know as of right now but as soon as we get new information we hear at The Geek Getaway will be sure to relay it to all of you. So, are you interested in Project Resistance or are you disappointed we are not getting a new Resident Evil game?