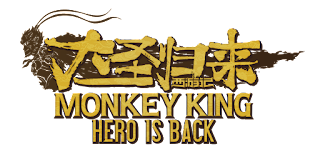 Monkey King: Hero is Back by Chinese developer/publisher Oasis Games was shown off at Gamescom this year and given an October 17th, 2019 release date. In the West, THQ Nordic is handling the publishing. The game is set to release on both Steam and the PS4. The game is already open to pre-orders on both PS4 and Steam. You will receive a bonus theme and two additional game modes(easy and extra hard difficulties) if you pre-order on the PS4. On Steam you will receive the same two bonus difficulties as well as a wallpaper for your computer. On Steam the game is listed as $34.99 for the standard edition and $59,99 for the deluxe edition. However, on the PS4 you will pay $39.99 for the standard edition and $64.99 for the Hero edition. Both the deluxe and Hero editions include the season pass which, if the Steam page is accurate, amounts to 2 extra costumes for Sun Wukong, 5 items, and 2 bonus episodes.

The game itself is based on the 2015 animated movie of the same name. It was at one time the highest grossing animated film in China and but was largely ignored in Western theaters when it came over seas in 2016. This game was originally meant to be a movie tie in and release around the same time as Monkey King: Hero is Back hit Western cinemas but several delays pushed the game back until the movie tie name was removed from the game's logo.
The gameplay trailer released at Gamescom definitely looks like a game from 2017 and it would have surely been a huge hit had it been released back then. The combat looks slow and clunky and nothing like you would expect from a character based on Sun Wukong. There is also a goofy childish tone in some of the attacks that is probably based on the movie which may work in a movie where it is done once but can get dull in a video game where you are repeatedly doing it. What do you think about this game? Dos it look like something you will pick up or is it a hard pass?