The Struggles of An Adult Gamer Part 3: Gaming is no longer about the games 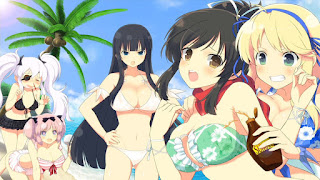 This is the third entry in an ongoing series about my personal struggle as an adult who still loves to play video games. In part 1 I discussed the ever growing back log of video games piling up in my gaming queue. In part 2 I talked about struggling to play games simply for fun as opposed to playing games in order to accomplish in game goals. Today, I would like to talk about the fact that gaming is no longer focused on good games but rather on all the garbage in the lives of people who are making them.

In a lot of ways I am a very simple man. I like a well done steak with ketchup. I enjoy Adam Sandler comedies. I listen to the latest pop music blaring out of the radio at my day job. I also really enjoy playing video games. I can spend hours upon hours of my day just playing games with no thoughts about anything besides the pixels on my screen entering my mind. The amount of people who can do this is staggering and everyday another person joins the ranks of gamers and joins in on the best damn hobby in the world.

However, the amount of people who wish to impose their will upon gaming and gamers is growing at almost the same rate. People who are offended by jokes, ideas, and opinions different then their own. People who are not content to just condemn a game for its content and move but rather they want that which offends them to no longer be allowed to exist. These people are cunning and very tech savvy. They can create and direct a mob of Twitter users at any target with hardly any effort and reap the rewards of being a "brave" victim of whatever offense they decide. These people see gamers as weak, ugly, sub-human scum who deserve every ounce of hate they direct toward us. What was once an impotent idiot trying to "think of the kids" has evolved into an immortal beast with a legion of minions willing to do whatever their master commands. 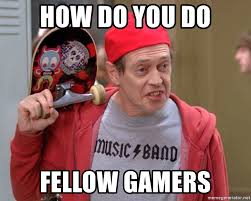 If this wasn't bad enough the rise of the mega cunts on Twitter has also seen the debut of the reactionary "gamer hero." These are people who are "totally gamers" yelling, screaming, and tilting at every windmill they see. Nothing is a small issue for these people and the have also found themselves with a small army of people willing to attack anything that has upset their "gaming hero" this week. Oh, don't forget to SMASH like, Smack the subscribe button, and SLAP that bell because YouTube won't spread their message because YouTube is completely against the truth and in the pockets of Big Gaming. These people care about making money off of you as much as their mirror image offend-a-trons do.

All I want to do is play good games. I don't care if the guy who made the music ate veal. I don't care if the game has a female on the cover that you don't find sexually attractive. If the people who make games are criminals then take them to the authorities but if they are just shitty people I don't want to hear about it. I, and I can't stress this enough, just want to play good games. For those of you who are reading this, please join me in actively ignoring all the garbage sitting next to the gaming industry. Please join me in being excited for the next Elder Scrolls game. Please learn that some things don't matter and they should be given 0 attention from you. 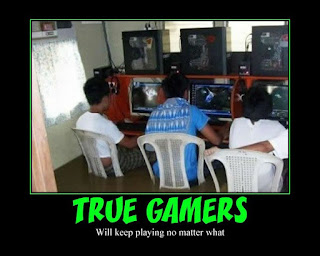 Censorship, government regulations, game breaking bugs, and developers and/or publishers failing to deliver on promises are the things we as gamers should care about. These are the things the gaming press, including streamers and YouTube personalities, should be focused on. As a child gamer I would sit around with my friends talking about the tricky jumps in Super Mario Bros. or the ways to defeat the bosses in Metal Gear. As an adult gamer I find myself discussing things only tangibly related to gaming when talking about video games.  Can we please make gaming about the video games again and leave all the other garbage to non gamers to bitch and moan about?