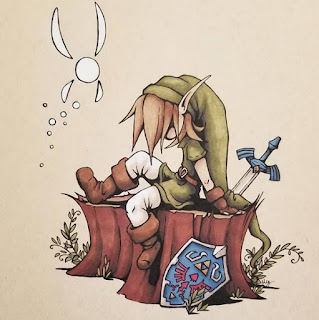 Another week went by and there were lots of things that we need to touch on. So, let's not waste any time and recap this past week in gaming news.

Riot Games settles class action gender discrimination lawsuit
As the headline says, Riot Games settled its class action suit alleging "gender discrimination in pay and promotion, sexual harassment, and retaliation against women working at Riot offices in California." The specifics of the settlement have yet to be revealed but those involved in the suit are already starting their victory lap on Twitter. Riot Games itself put out a statement in a blog.

MK11 announces two more Kombat packs
The final two Kombat Pack characters have been announced for MK11 and they are the T-800 Terminator and The Joker. The T-800 is based off the newest Terminator movie, Terminator: Dark Fate. Meanwhile, The Joker is said to be based of off DC comics version but it looks different from The Joker we all know and love. The T-800 comes out on October 8th, 2019 while The Joker is set for a January 28 release.

505 Games makes an oopsie!
As per this Tweet, they wanted to introduce the new protagonist Jesse Faden by giving select female streamers the ability to stream the game first. Some people feel that choosing only female female streamers to showcase the game first was discriminatory and backlash has been building. What people fail to realize is the process of choosing anyone to get early access to a game is discriminatory in and of itself. Why should one streamer get access over another? In my opinion, if a game company wants to promote their game via early access to streamers or journalist there should be a simple set of requirements that need to be met before a company or streamer gets early access for promotional purposes. This would eliminate certain individuals or outlets getting preferential treatment and set a clear bar that needs to be met for others to work towards. 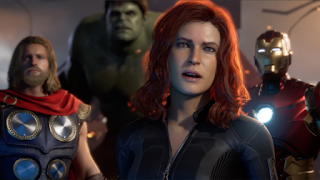 Marvel's Avengers team promises better looking characters
Avengers editorial director Casey Lynch was quoted as saying “Everything about the game is going to continue to change as we polish, as we approach launch right now, but things that we’ve shown both at E3 and here, it’s all been pre-alpha. There’ll be changes to everything from the characters to a lot of what you see.” The Marvel's Avengers team went on to clarify that no designs would be changed, they would simply polish the existing models.

Razer teams up with Tencent Cloud
Razer announced via Tweet that it has joined up with Tencent Cloud on hardware and software innovation to bring cloud gaming to the next level. There is no word as to what they are going to be working on first but gamers are already looking at this partnership with a judgmental eye as Tencent is known for giving user information to the Chinese government. As we get more details on this partnership we will be sure to mention it on the site.

Nintendo enforces its copyright against YouTubers
Another Youube channel that uploads Nintendo music has been hit with a ton of copyright claims. Nintendo Life has a full breakdown of the situation. Some people are holding out hope that Nintendo is readying itself to launch an official Nintendo music channel on YouTube or Spotify.

Finally, if you like what we are doing here at The Geek Getaway, then maybe consider giving us a monetary gift.