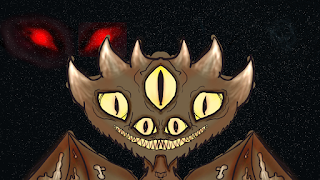 Hey there Geek Getaway fans, if you're anything like I used to be then you're far too busy with life to keep track of all the gaming news going on. With that in mind, a few stories that can be quickly summed up in one paragraph will wind up in Sunday's weekly round up. Additionally we will try to feature at least one streamer or video game content creator that we think deserves a follow. I will also try to incorporate any fan art submitted to the website on these posts with proper crediting and links to your site/page/whatever. With that said, let's get to the news.

DARQ developer turned down Epic Games' offer of exclusivity
On July 30th 2019 a representative for Epic Games reached out to the creator of DARQ and offered him an exclusivity deal for DARQ. The terms were simple, 1 year exclusivity in exchange for a minimum guarantee based on year one sales projections. DARQ's creator stated he couldn't accept the deal due to already announcing the game's Steam release date. Wlad ended the email expressing interest in bringing DARQ to the Epic Games Store when exclusivity was no longer a requirement. Wlad went on to write about this experience on Medium, to clarify the whole situation as he had previously mentioned the offer being made to him on Reddit.

Bioware loses 2 lead developers in the same week
On August 15th 2019 Ben Irving, Anthem's lead producer, left Bioware for another undisclosed game studio. The next day Fernando Melo, senior producer for Dragon Age 4, shared with the world, via Twitter, that it was his last day with Bioware. This is on top of the developers who either left or where shifted around earlier this year.

An Apex Legends developer insults fans of the game
After releasing an approximately $170 cosmetic skin for an ax the Apex Legends community expressed outrage at being treated like walking ATMs. Epic Games took a look at the situation and decided to make a few changes to the Iron Crown event that featured the aforementioned cosmetic item. The changes made were not met with great joy from the community and soon the thread on the official Apex Legends subreddit took a wild turn when an Apex Legends developer decided to chime in. In a classic 'making a bad situation worse' moment the developer managed to single handily prove why companies need public relations managers and why they, and only they, should be talking to the public about their products.

Ion Fury was released despite a "transphobia" controversy
On August 16th 2019 3D Realms released the game Ion Fury, formerly Ion Maiden, despite being accused of transphobia just one day prior by the members of the ResetEra forums. While many are stuck in the mindset that the people who create the things they enjoy must be pure, we here at the Geek Getaway only care if the game they make is good or not. These developer purity test are getting out of hand and the only ones who suffer from it are gamers. Which, ironically, are usually not the ones complaining or being catered to by developers.

Blind Ryan is streaming and trying to make a difference
Like his name suggests, Blind Ryan is blind. However, he does not let that fact hold him back from enjoying video games and trying to help developers make their games more accessible for people who are disabled. Ryan streams on Twitch and uploads videos to YouTube. Additionally, you can follow him on Twitter. Due to Ryan's blindness he can't make fancy videos like other YouTube and Twitch streamers but he can give his honest opinion and that is what gamers should really care about. I could tell you more about Ryan but I think you would get a better appreciation for what he does if you read his words and not mine.

The art on today's post was submitted by my daughter.