The anatomy of a witch hunt: How Ion Fury was damned even before release! 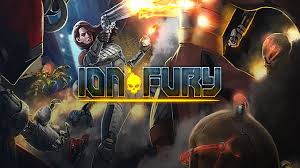 *Editor's note: I personally spoke with an insider familiar with the Ion Fury situation from behind the scenes. The insider would only speak off the record but I was able to verify who the person was as well as the information supplied to me. Said information, as per our agreement, can not be shared directly, however I am able to use it to form a better understanding of the situation. An understanding I am sharing with you in this article.

On Sunday, as part of the first weekly news roundup, I briefly mention how the Ion Fury developers were accused of transphobia. I also said how I, and this website, couldn't care less if it was true or not. All I care about, in regards to the Ion Fury developers, is if they make a good game or not. After all, these are just people with opinions, maybe different than yours, and not a roving band of marauders looking to do anyone harm. However, there are those who disagree with me. Those who think an opinion of a single member of a development team is enough to excommunicate the entire development team and their publisher from gaming. These are the witch hunters and this is their story.

Everyone talking about the Ion Fury controversy points to the ResetEra thread as the origin point of outrage, however they, and I when I believed it, are wrong. You see, Ion Fury was being dragged by someone back when it was still known as Ion Maiden. This person who went to the Steam page, eventually getting banned, and all over the Chans was very upset because the design of Shelly, the main character in Ion Fury, was changed. In his belief the developers had "cucked" themselves to the SJWs and he would make them pay. The developers dismissed this guy as a troll but perhaps that would be their undoing.

You see, this disgruntled former fan is claiming responsibility for combing the Ion Fury Discord server looking for dirt on the developers. It is believed he is the one who got the ball rolling on the ResetEra thread. Now, this is where things take a turn. You see, I believe it is fine for people to make threads, posts, articles, or whatever discussing things such as a game developer and their opinions. While I disagree with the idea of a game developer to only be filled with those who agree with my opinions, there are some who do and it is their right to refuse to play a game because of "wrongthink." I digress, as you are waiting for the story to turn. You see the people at ResetEra were not just discussing Ion Fury, no they were advocating their beliefs be echoed by games media. 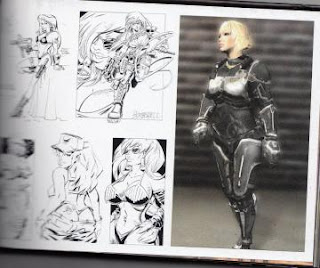 "How’s this not been covered by any major site yet? The game is one of the biggest releases this month.

The developers of Ion Fury are very internet savvy and they had already caught wind of the upcoming shit storm and hoped to get in front of it by releasing a statement prior to the mainstream games media writing hit pieces about them. You see, ultimately it was not the ResetEra users they hoped to placate, but rather they wanted to preemptively appeal to the games media and the general public. You see, most of the comments dug up by ResetEra were from over a year ago and many people involved in those discussions have had their beliefs changed and altered by those very discussions. You see, having the ability to express your views also gives those views a chance to be challenged and possibly have your views changed.

Now, some people have suggested that no statement should have been made and ResetEra simply ignored. However, anyone who has worked in a corporate environment knows the PR department are like the mafia as portrayed by TV and movies. They may come to you with a "suggestion" but it is understood that you will follow their advice whether you actually want to or not. 3D Realms has a PR department so there really was no option for the Ion Fury developers to try to ignore the controversy. Additionally, the backlash to the Ion Fury developers statement has caused the Ion Fury Steam forums to be overrun with so much activity revolving around the ResetEra thread that they had to censor the forums. This, while understandable by anyone who has ever moderated a Zerg rush like this, has caused even more controversy.

Now Ion Fury, which was poised to be one of the biggest indie hits of the year, is only going to be remembered for the controversy that surrounded it. All because one person was unsatisfied with the design of the main character. A main character that you don't even see for the vast majority of the game.So, in the end the ResetEra forum members were used by someone with whom they would disagree with on just about every issues. And those who staunchly oppose ResetEra are now doing exactly what the ResetEra members want, which is to not buy Ion Fury. 1 troll with a grudge against a company has completely derailed a promising development studio and the video game landscape is just a bit bleaker because of it.