Stop trying to make 'games as a service' happen, it's not going to happen! 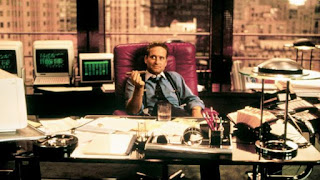 In the last few years we have been told time and time again that 'games as a service' is the future of gaming. We have been told that this model of gamers playing a single game for years as they spend money on the same product over and over again is not only where the industry is headed but where it should be headed. Modern day video game developers are no longer looking to innovators like Sid Meier and Shigeru Miyamoto. Instead, they are looking toward people like Ivan Boesky. Ivan famously said, “Greed is all right, by the way. I want you to know that. I think greed is healthy. You can be greedy and still feel good about yourself.” If that sounds familiar, it's because Ivan, and this quote, we the inspiration for the character of Gordon Gekko in Wallstreet. He is also the inspiration, at least in my opinion, of the modern day AAA game development philosophy.

Now, there are some gaming websites that will claim we already have healthy, profitable, and fun 'games as a service' models on the market. They will point to games like Warframe, World of Warcraft, Final Fantasy XIV, and Monster Hunter World as proof that games can be good, profitable, and a service. While it is true that some games can survive, even thrive, with a 'games as a service' model the entire industry simply cannot. The claim otherwise is to simply not understand how basic economics and trends work.

The best comparison I can come up with is TV. There are huge, multi billion dollar stations, ABC and Fox for example, that have a wide variety of programs. Then there are smaller niche stations, like El Rey, that cater to a singularly focused market.The smaller channels, the 'games as a service' types in my analogy, are able to carve out an identity and marketplace because the bigger networks, popular stand alone games, are drawing people to TV in the first place. If every network was singularly focused then TV would quickly fall apart as the audience becomes fractured beyond repair and only a few stations are getting any worthwhile audience.

Now, I realize my analogy isn't perfect but the point I am trying to get across is the simple fact that if every game went to a 'games as a service' model then the consumers would no longer be in a position to support the wide array of games they do now. We gamers simply do not have the money to financially support every AAA studio out there, let alone every single studio. This is why games like Warframe and Monster Hunter World can operate under a 'games as a service' model. The die hard fans of these games can provide monetary support and thus allow others to come and go with little worry that the game will collapse from a lack of funds. Meanwhile, the die hard fans of these games are probably only playing that one game and so they are not even among the potential customer pool for other video games.

'Games as a service' has it's place in video gaming as a niche market much like historical games, walking simulators, and visual novels. No one can argue that when it is done right it works but to say that the entire industry should convert to this philosophy is completely idiotic and misses the point as to why this philosophy has worked for these profitable games. This is to say nothing of the stagnation the video game industry would suffer should the entirety of the video game industry shift to a 'games as a service' model. No longer would we get new games hitting the market every few months, instead it would be a steady stream of DLC and/or updates for the same 20 or so games still profitable. That is until the majority of consumers simply tire of it all and the video game industry has another market crash.

If you made it this far, I'd love to hear your thoughts on the matter. After all, this site is heavily biased toward the people who actually play video games. Feel free to comment below, hit me up on Reddit or Twitter, or share this with people you think might like it.