Cyberpunk 2077 removed gender restrictions... over a month ago: Here are all the facts we know about the game.

The biggest news for CD Projekt Red is the removal of gender choices when creating your character. This comes over a month after this change was discussed by Mateusz Tomaszkiewicz, quest director of Cyberpunk 2077, in an interview with a Polish news outlet. The interview was translated to English and posted to r/cyberpunkgame sub Reddit. This bit of information flew under the radar as everyone, including myself, were busy reporting on the religious aspects of Cyberpunk 2077. After looking into the current outrage from all sides over the removal of genders I decided to look at my notes on Cyberpunk 2077 and took another look at the translated interview I linked. Right at the very end of the interview was the revelation that genders would not be binary and that your choice of voice would determine how the residents of Night City referred to you. Since the interview was over a month ago things may have changed, so I reached out to CD Projekt Red for confirmation. [As of publication of this article no response was received but we will update the story should that change.]

And what about gender? Are you going to allow a different options of transitioning, which world of the future might offer?


"First of all, we are allowing you to make whatever character you want, without a barrier between male and female attributes. You can pick a body type more typical for males, but with a female face, haircut and voice. Ultimately the type of voice will determine how other characters will refer to you. However for people in Night City issues like that are indeed of much smaller importance." 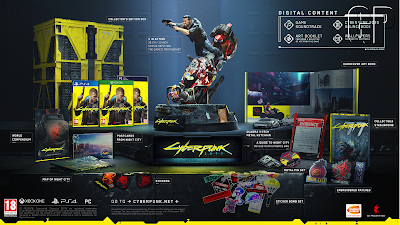 Cyberpunk 2077 is set to release on April 16th, 2020, for PC, Xbox One, and PlayStation 4. The Google Stadia version will launch some time in the same year, more details on that date are expected to be announced soon. We also know that Keanu Reeves will lend his likeness and voice to the character Johnny Silverhand. Johnny is a rocker/activist in addition to being your companion in Night City. Mateusz Tomaszkiewicz said in the linked interview that the relationship between Johnny and the player character will be shaped by the players choices and interactions with Johnny.

In the Cyberpunk 2077 - Official Dev Diary: Stadia Connect video I embedded above the developers note that Cyberpunk 2077 will have what Senior Level Designer Miles Tost calls "open ended gameplay." That is to say the game will have non linear story telling, non linear world exploration, and non linear game play. This non linear gameplay will allow you to play your character in whatever manner you want. From a stealthy assassin type to a big burly brawler, the choice is yours as to how you want the game to unfold.

Art Director Kasia Redesiuk promises there will be many scenes that people will have very strong feeling about. Her hope is the game will show, in an exaggerated way, things that are already happening in our world. She hopes this will help us to make our future better than the bleak future of Cyberpunk 2077.