The Miracle of Fan Works Part 1 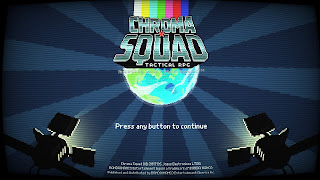 For the longest time, fan works, fanfiction or “fanfics” especially, have been the poster children of Sturgeon’s Law, which is commonly understood as, “90% of everything is crap.” Even now, those terms tend to conjure up cringe worthy plots, nonsensical crossovers, poor writing and even poorer grammar for some people. From laughably bad fare like Half Life: Full Life Consequences, to “trollfics” intended to mock the source material like My Immortal, to Fifty Shades of Grey originating from a shoddy Twilight story, there seems to be ample ammo for those who’d like to scoff at the mere notion of such works even existing. I can’t say I blame them.

Then, there are those who also try to dismiss fan works altogether based on more aloof pretensions of intellectual property and legal issues, concerns which are not entirely unfounded. Some may mention how there’s no worth in derivative works when you could make your own unique story instead of, as they see it, stealing someone's idea. Indeed, there are some creators who are against having fan works, notably Anne Rice as early as 1995-96. Yet, by that same token, there are also many professionals who either tolerate or outright encourage such projects based on their fiction.

While the debate is unlikely to end anytime soon, with the notion of fanfics themselves going back generations, I'd have been of the same mind 15 years ago.That is until curiosity got the better of me. I’m not sure what really started it off, whether it was wanting a proper epilogue to the 2003 adaptation of Fullmetal Alchemist or my growing interest in science fiction around that time. Perhaps it was some browsing over LiveJournal anime pages. Regardless of the reason, it dawned on me just how passionate people can be for the shows, books or whatever it is they love. Curiosity gave way to fascination, guilty pleasures, and eventually, admiration. Whether it’s an “Alternate Universe” tale involving high school, or yes, “lemon” shipping of the erotic kind, there’s almost always something for everyone that manages to stay true in spirit to the source material.

In the hands of a talented writer, or just a decent amateur, even the most outlandish premises can be made to work, with entertaining results. Shinji and Warhammer 40K comes to mind, which despite the seemingly moronic idea of crossing over two radically different franchises, manages to be pretty good reading. I even found myself writing fanfics of my own. While admittedly, those early stories were a bit rough and some of my later works do go for the “M” rating, I don’t regret it. I highly doubt I ever will. If anything, I came to really understand what makes other fanfic writers, most of them female, keep going at it. Whether it’s to improve their skills or simply for the hell of it.

Of course, fan works aren’t just exclusive to whatever is on FanFiction.net, Archive of Our Own or even the SpaceBattles forums. Video game mods, from small tweaks to full-fledged overhauls, have been a staple among gamers for decades, with some like Command and Conquer: Generals – Rise of the Reds being more like full-fledged sequels than mere mods. This isn’t even getting to Japan’s doujinshi scene, which ranges from indie games to the infamously explicit doujins you’d find at Comiket. In fact, quite a few famous mangaka, such as Rei Hiroe of Black Lagoon fame and the women behind CLAMP, not only started out making such fan works but continue to do so.

True, it’s easier to invoke Sturgeon’s Law, highlight all the drama, or note the failures then to actually look for good content but, it’s not that difficult to find, as TvTropes and AllTheTropes would put it, that 10% worth dying for. Nor is it that hard to see how some of these proverbial gems are not only on par with professional works, but in the case of certain franchises, notably Star Wars, surpass them in quality. Which in turn opens up new questions, like who really owns fiction when it’s let loose.